At the metalworking factory in the south of Berlin, where a major fire broke out on Thursday, contaminated extinguishing water ran into the sewer system on Saturday evening.  The  fire brigade therefore had to move to Marienfelde again.

What exactly led to the death of the fish is unclear.

The  cyanides, i.e. salts of hydrogen cyanide, initially affected microorganisms that are an essential part of the biological wastewater treatment in the sewage treatment plant.

The y dock with the organisms’ enzymes.

The  result: the nitrogen levels in the system were increased and the runoffs tilted. “Oxygen depletion” occurred, which is believed to have caused the fish to die.

However, cyanides also prevent living organisms from absorbing enough oxygen through the blood because they attach to the iron in the blood, as the spokesman for the water company explained. It could also be that the fish died from direct contact with the toxins.

The re is no danger to the population,” emphasized the spokesman in any case. However, as a precautionary measure, walkers in the vicinity of the sewage treatment plant should ensure that “dogs, for example, do not drink water from the drainage streams.”

The  two streams flow to Rudow and Schönefeld to the Teltow Canal.

The  fire brigade had to plug the leak with sealing bags

During the fire in the Marienfeld electroplating company, the Berlin fire brigade, together with the water company, erected a barrier to prevent contaminated extinguishing water from flowing away. “

The  lock had a leak that we plugged with sealing bags on Saturday evening,” said a fire department spokesman on Sunday.

The  district of Dahme-Spreewald therefore issued a report on Saturday at 5:27 p.m. via the Nina and Katwarn warning systems, according to which the chemicals in the sewage treatment plant were not completely degradable.

The refore, there is a “strong oxygen depletion” in the two open drainage streams of the facility – with the death of fish as a result. However, the spokesman for the water company made it clear on Sunday that the cyanides are basically degradable and that it will only take a while.

The  problem is getting watered down by the minute.”

Work was in progress in the Waßmannsdorf sewage treatment plant on Sunday to repair the biological damage. “Twenty trucks have been commuting to Waßmannsdorf since the night, delivering new sewage sludge from the Ruhleben plant,” the spokesman said on Sunday morning. This is what is known as activated sludge, which contains high concentrations of microorganisms. This will “revive” the biological wastewater treatment and stabilize it later. It was initially unclear until when the work would continue.

The  Waßmannsdorf sewage treatment plant is one of the six sewage treatment plants operated by Berliner Wasserbetriebe. It is currently being enlarged in order to be able to cope with the growing volume of wastewater from the economically prosperous region around Schönefeld and the south-east of Berlin. (Tsp, dpa)

Corona in Berlin: is the lockdown not going far enough? ...

Shopping day: rush so far not as big as expected 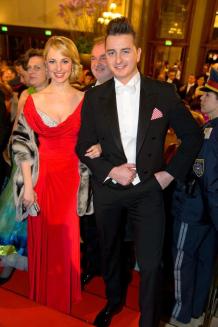 Andreas Gabalier about his ex: “I appreciate her very much” –...

Hundreds of people moving – normal carnival in Einsiedeln – despite...

Corona infection in pets: antibodies detected in cats from Frankfurt