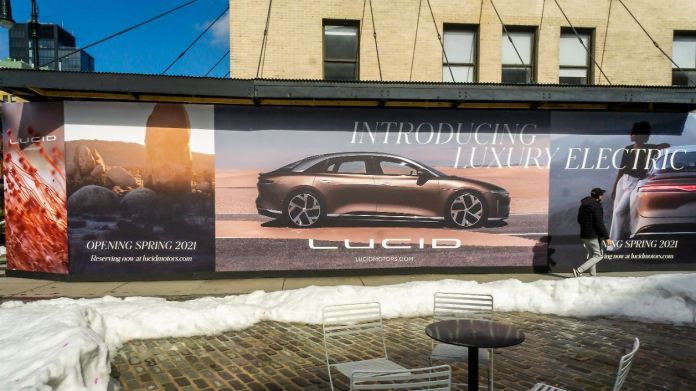 This is what the electric car scene has been waiting for: Lucid is approaching the stock market launch.  The  e-car startup is merging with a specially designed corporate shell.

The  US electric car manufacturer Lucid Motors dares to take the plunge with the Churchill Capital IV stock market jacket.

The  deal includes a $ 2.5 billion investment from Saudi Arabia’s public investment fund (PIF) and funds managed by the world’s largest asset manager Blackrock, among others. This is expected to give Lucid $ 4.6 billion in revenue.

The  California-based electric car maker announced in August that it would launch its first luxury e-model, Lucid Air, earlier this year. With a range of around 800 kilometers, the sedan outperforms comparable electric cars, the company announced.

Lena baby should be born on THIS date! – People

The salvation for vegetarians ?: Company breeds meat without animals

Spandau: Man accidentally runs over his own wife

This is how vaccine distribution works in Germany – SWR Wissen Corona infection risk despite mask for sneezing and coughing – Coronavirus...