In view of the first successes of the lockdown, business associations and the FDP are calling for a swift withdrawal of corona restrictions. Federal Labor Minister Heil, on the other hand, warns of decisions that could quickly take revenge.

In view of the dangers of virus mutations, Federal Labor Minister Hubertus Heil has warned against a hasty relaxation of the corona requirements in Germany. “ The  federal and state governments must jointly develop a sensible opening concept,” said the SPD politician to the editorial network in Germany. “It has to be so sure that after a few weeks we don’t have to close everything that we just opened.”

Heil admitted that it was anything but easy to draw up a reliable step-by-step plan for openings. “I can only warn that, like in Austria, there will be an on-off strategy. That would finally pull the rug out from under the feet of many who are economically active.” A look across the Czech border and also into parts of Austria shows that it is impossible to give the all-clear. “Just because we’re all annoyed by the lockdown doesn’t mean we can end it with a bang.”

Scholz expects an opening concept at the beginning of March

Federal Finance Minister and Vice Chancellor Olaf Scholz told “Mannheimer Morgen” that he expected a concept to further reduce the corona restrictions at the next federal-state meeting on March 3rd. “

The re should be a concept for the next conference between the federal government and the federal states,” said the SPD candidate for chancellor. “Each opening step must be considered individually. But we have to align our actions with the incidence.”

Immediate relaxation, however, demanded FDP boss Christian Lindner. He requested permission to open shops, restaurants, and gyms in regions with a low seven-day incidence. “Counties and urban districts that fall below the 35 incidence must be able to start immediately,” Lindner told the newspapers of the Funke media group. Opening steps beyond schools, daycare centers and hairdressers are possible there.

Business associations also called for an end to the strict restrictions. “We have to replace the blanket lockdown with targeted, effective individual measures,” said Stefan Genth, managing director of the main association of German retailers, the “Rheinische Post”.

The  President of the Federation of German Industries, Siegfried Russwurm, told the newspaper: “I would like politics to define evidence-based criteria that give everyone orientation.”

According to information from the “Rheinische Post”, the German Chamber of Commerce and Industry demanded a step-by-step plan to open up economic life “according to nationwide uniform criteria with comprehensible rules for companies” in a letter to Minister of Economic Affairs, Peter Altmaier. And the President of the Central Association of German Crafts, Hans Peter Wollseifer, pleaded in the “Neue Osnabrücker Zeitung” for a “nationwide Corona traffic light, from which you can read exactly under which conditions and hygienic conditions which companies can reopen”.

VfB Stuttgart after the defeat in Wolfsburg: How Sven Mislintat wants...

“We also have a compulsory vaccination for measles”

Haaland sets a goal record in the Champions League 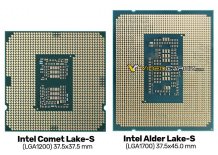 CPU with 16 cores and 24 threads appeared in Geekbench

Malware is increasingly ending up on smartphones

Corona brings luxury hotel to its knees after 60 years