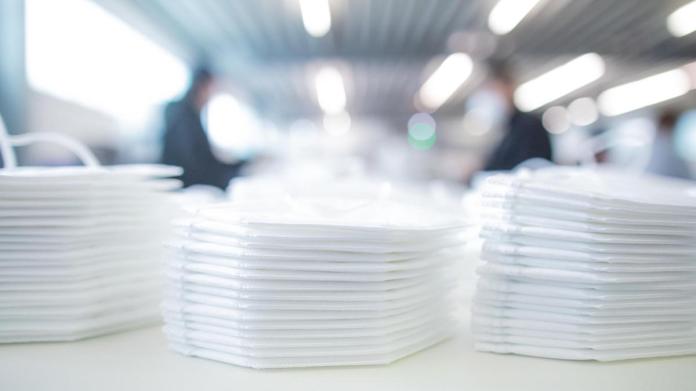 LCountries and municipalities apparently still often procure their corona protective masks in Asia. This was the result of a random analysis of public tenders since October 2020 and a WELT AM SONNTAG survey among the health ministries of the federal states and some of the most populous German cities.
also read

In six of the 36 investigated contracts, import-export companies were awarded the contract. In 19 cases, orders were placed with German dealers, most of whom, according to the product descriptions, obtain their masks from Asia. In contrast, German manufacturers were supposed to deliver eleven masks from domestic production, around half of them from Baden-Württemberg.

In almost all of the investigations, the costs were decisive in determining which company was awarded the contract. In numerous public tenders, the price alone is listed as a criterion. Most state and local authorities point out, however, that in a previous step, specifications were made on quality criteria such as certifications and evidence was obtained. In some cases, product samples were also checked beforehand to ensure the quality of the masks.

Influence on the infection process

German mask manufacturers feel disadvantaged. Especially since some companies have received funding from the Federal Ministry of Economics to build up domestic production capacities.

The  full text is from WELT AM SONNTAG. We are happy to deliver them to your home on a regular basis.

Thousands of jobs through international organizations in Vienna – Politics –

Working in Corona times: Companies want to get involved in the...

Coronavirus: Demand for a food item in Germany “explodes” during a...