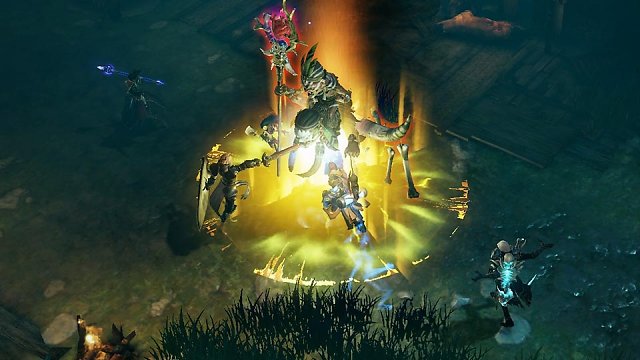 02/21/2021 at 5:00 p.m.
from Julius Kahl –
As part of a question and answer session, Blizzard Entertainment released new information about Diablo Immortal at BlizzConline 2021. This shows, for example, the future plans for the release, for the implementation of new functions and for the work on content after the release.

The  first question was what knowledge was drawn from the technical alpha in December. Blizzard Entertainment states that it seems like a typical Diablo game makes players feel at home. With regard to the endgame content, the developers still have a lot of work to do to date. Like Diablo 3, Diablo Immortal will also have seasons. Compared to Diablo 3, you want to concentrate more on content updates and delete the progress reset for now.

Regarding the Diablo Immortal story, Blizzard states, “Immortal focuses on the time span between Diablo II and Diablo III. Players can explore things outside of the normal timeline with time-walking content.” Unfortunately, it is not yet possible to disclose an exact release date.

The re would be more testing phases ahead.

The se include, for example, the tests of crusaders and necromancers as well as the older game systems.

When asked how PvP or PvE heavy Diablo Immortal will be, Blizzard Entertainment stated, “

The re will be a lot of great content for people to do after the story is over. Both PvE and PvP.” 120 Hertz support is currently not planned, but is conceivable for the future. Incidentally, future updates should keep the game alive for a long time after the release.

BlizzConline 2021: Are there any betas coming for Diablo 4, TBC Classic and Diablo Immortal?

At the beginning of February Blizzard announced the Blizzcon Online, now there are schedules for the events around Diablo, Overwatch and World of Warcaft.

Blizzard: When are Diablo 4, Overwatch 2 and Diablo Immortal coming?

Activision Blizzard have discussed the roadmap for Diablo 4, Overwatch 2 and Diablo Immortal on the occasion of new financial figures.

Image gallery for “Diablo Immortal: Update from the Blizzcon”

Prince Harry & Duchess Meghan: The birth of the baby could...

Heidi Klum: We have never seen her and Leni like this...

Livestream report on the planned landing on Mars

South Tyrol leads the ICE again after 2-1 victory in Graz... 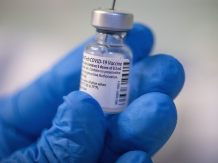 EMA: Green light for corona vaccine from Biontech in the EU...