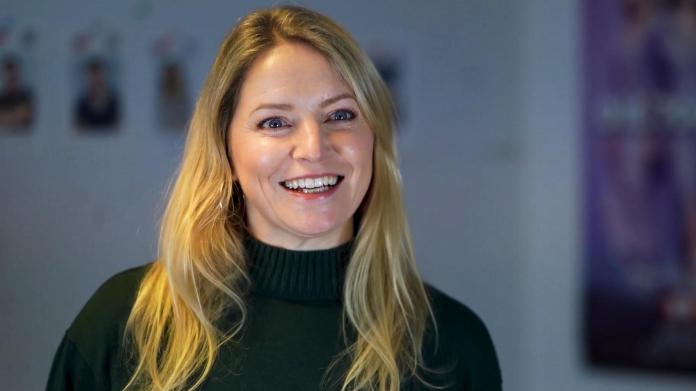 Your appearance will turn everything upside down

Diana Staehly had to prepare especially for her role

Diana Staehly told us what role she is taking on at GZSZ: “I play Melanie Evers, Tobias Evers’ lost wife who was in a coma for eight years”

And she also had to prepare especially for her role: “

The  challenge in preparing for my role was to mime a woman who hadn’t spoken for eight years, didn’t move around on her own and no longer knows who she is I had to research and rehearse exactly how I utter the first sounds, how to speak the first words and what excessive demands a person has to struggle with, who has been ‘on the other side’ for so long Find the form of ‘unfitness.’ And last but not least, the preparation was very different to the extent that it was otherwise very different for roles, because as an actor you always create an entire background for your character, that is, you define your past life as precisely as possible to make it as authentic as possible To be able to represent a person. For me, this kind of approach was no longer applicable to a woman with no memory. “

Diana Staehly: That’s why the actress is known

Diana Staehly is certainly a familiar face for some TV viewers: “I have already acted in many series, but above all the viewers from ‘Stromberg’ should know me, where I was Tanja Seifert / Steinke for a period of 10 years Or you know me from the series ‘Soko Köln’, in which I was the chief inspector for 4 years. ” But she is also known from a daily series on RTL: “Not to forget my beginnings as Sue Sommerfeld on ‘Unter Uns’ (1997-2000).”

At GZSZ, viewers can now look forward to “waking up with Melanie, making their first attempts at walking and returning to life with her,” reveals Diana Staehly.

Royal source revealed: Meghan has only one royal contact

Helena Zengel goes away empty-handed at the US critic award

“Tatort” from Kiel and Borowoski: Who are the Incels? Four questions

Aaron Carter: Baby Delights! The singer becomes a father for the first time

The Prince from Zamunda 2 review

“… then the problem is clear”: Tuchel is very angry, although...

Kronberg near Frankfurt: The most expensive dressage horse in the world...

Tightening instead of the end of the lockdown – ooe.ORF.at