The  Martian moons Phobos and Deimos have been considered by most astronomers to be captured asteroids. In fact, the origin of the two small celestial bodies is still unclear. In the journal “Nature Astronomy” a team of researchers reports that the two moons could have been formed one to three billion years ago from the decay of a larger satellite. In addition, Phobos is also likely to break in about 39 million years and form a ring of debris around the red planet.

Phobos and Deimos are irregularly shaped and have a maximum extension of 27 and 16 kilometers respectively – compared to the earthly moon, the two are almost inconspicuous. “Its shape and its crater-strewn surface point to an origin from the asteroid belt,” explains Amirhossein Bagheri from ETH Zurich. Asteroids can in principle be captured, but the two moons orbit Mars on almost circular orbits in the equatorial plane. It’s hard to explain in such a scenario. Alternatively, Phobos and Deimos could have originated in the orbit of Mars, perhaps in the early days of the solar system – like Earth’s satellite. However, the small size and shape of the moons is difficult to explain using this approach. In addition, the development of the orbits suggests that the two satellites are significantly younger than Mars.

Using computer models, Bagheri and his colleagues have now reconstructed the orbits of Phobos and Deimos in the past. For the first time, they took into account detailed information about the internal structure of the red planet that came from the InSight mission. NASA’s lander has been exploring Mars since November 2018 and provides, among other things, data on the distribution of matter inside the planet.

The  latter influences the gravitational field and thus also the orbital movement of the two Martian moons.

The  team’s calculations show that the orbits of Phobos and Deimos once matched. Depending on the physical nature of the moons the researchers assume, this must have been a billion to 2.7 billion years ago. Bagheri and his colleagues suggest that a larger moon on the red planet broke at that time. Phobos and Deimos would be the remains of that catastrophe. This approach could explain not only the small size of today’s moons, but also their age.

The  earlier satellite, on the other hand, could have been created together with Mars.

Other fragments of the primeval moon may have fallen on Mars and thus contributed to the craters visible today, the researchers speculate. While Deimos is slowly moving away from Mars, Phobos is getting closer and closer to his planet: In about 39 million years the tidal forces of Mars will be so strong that Phobos will tear apart.

The n the moon disintegrates, forming a ring of debris that eventually falls onto Mars.

These corona rules apply from Monday in Lower Saxony

Will David Alaba’s move to Real Madrid be officially announced “next...

Firecracker hobbyist blew himself up in the air. Neighbor: “Like... 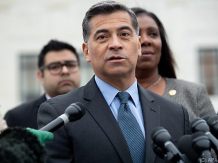