The  SVP feels ignored by the Federal Council in the Corona policy. SVP National Councilor Mike Egger therefore demands that Parliament be given the opportunity to remove federal councilors from office.

The  SVP is raging because of the Federal Council’s corona policy. It is too slow with the easing: Instead of just the shops, the SVP also wants to reopen the restaurants. Although a petition supported by the SVP and signed by 250,000 people is calling for the shutdown to end immediately, the Federal Council is sticking to its plan: it will be relaxed gradually, slowly and with great caution.

SVP National Councilor Mike Egger is annoyed by this. “

The  Federal Council has practically overturned parliament,” the 28-year-old from St. Gallen told Blick. “We can’t just accept that.” Egger demands: Parliament should be given the opportunity to lever federal councilors out of office. «Parliament is legitimized by the people and empowered to re-elect the Federal Council every four years. So what speaks against the fact that parliament can take corrective action in the event of gross violations, even during a legislature? ”Says Egger. He has submitted a proposal for the spring session starting next week.

Egger cites ongoing criminal proceedings or a conviction as examples of such gross violations. Or, and Egger sees this point in the current situation, “if parliament is simply pushed aside”. In the eyes of the SVP, the Federal Council consistently ignores the decisions of the parliament: For example, in January several commissions in parliament opposed the closure of shops.

The  anger of the SVP is directed primarily against Interior Minister Alain Berset, who is now also being countered by wild insults and defamations from the population.

Egger receives backing from SVP parliamentary group leader Thomas Aeschi. He demands the same right when federal judges are voted out of office and says: “If a Federal Councilor, for example, commits a serious mistake in the administration of office or does not implement the parliamentary will, something should be in hand.”

The  Swiss constitution does not currently allow federal councilors to be removed from office. A Federal Councilor can only be voted out of office every four years in the general election. Removal from office is only possible if a Federal Councilor is no longer able to carry out the office for health reasons. Most recently, in 2010, the Greens demanded that parliament be able to overthrow federal councilors, but failed.

The  SVP was against it at the time. 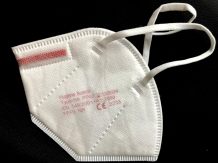 Showdown in the power struggle between Burgener and Degen

Horrenbach-Buchen BE: Young couple had a fatal accident while hiking in winter

Corona summit in the Chancellery is underway: GPs should start vaccinations before Easter – politics Ex-Minister Kneissl gets a job at a Russian energy company

Tourism: Ischgl is finally ticking off the winter season

The cheapest electric SUV is coming to Germany: the China electric...

Discovery + is also coming to Germany 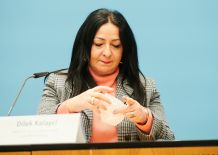