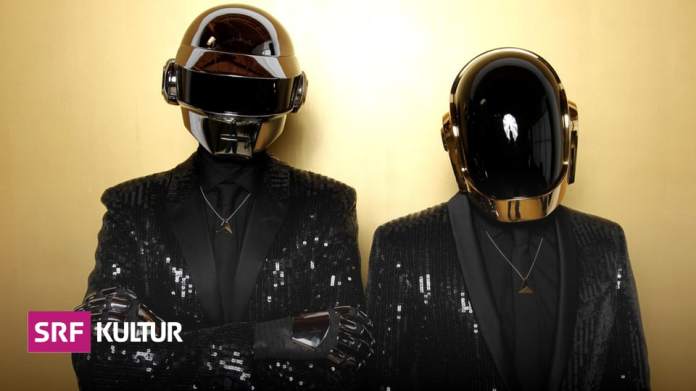 
Even the ending of Daft Punk has style.

The  farewell is as perfectly polished as her greatest hits “Around the World”, “One More Time” and “Get Lucky”.

The re are no reasons for the dissolution. No tears. All that remains for the mourners: an eight-minute video with the title «Epilogue».

The  images are from her 2006 film “Electroma”. Two robots want to become humans.

In the desert one blows himself up, the other wanders into the sunset. An angelic choir sings of love. That’s it: Au revoir, Daft Punk. 1993 to 2021.

The  most successful dance project of the past 25 years ends without a word.

Each of the musical means was retro as early as the 1990s. Daft punk reminded of the force of acid house also Chicago, disco from Munich and New York. But they put everything back together and always sounded unique.

Boom Boom for everyone

After two seconds you can see their sound. This elegance even in the dull sense.

The  great feeling for what drives the crowd crazy – despite the robot look.

Daft Punk: That’s boom boom pour tout le monde. In France even for a military brass band, which in 2017 played a medley of daft punk hits in honor of President Macron and Donald Trump.

The  new band name was born. Pieces like “Da Funk” were circulating in cool clubs for two years, including in the USA. In 1997 her debut album “Homework” was released.

The  album was an earthquake that every dance floor felt. Every flat share, every raver, every office worker, every craftsman, every hipster. Man. Had to. To. To dance. Namely “Around the World”, as the album hit was called.

Daft Punk coined a style that had different names: French House, French Touch or Filter House. Because Daft Punk likes to turn off the highs first with so-called low-pass filters, and then turn them up again extremely:

This has become a cliché with millions of DJs. It sounded smart with the French.

Black disco sound from the 1970s

The  main reason for their elegance: their admiration for African American styles like disco and house.

The  hits from the “Discovery” album (2001) celebrate the black disco of the 1970s. “One More Time” and “Harder Better, Faster, Stronger” highlight their influences abundantly.

But at the global stage of success, their bowing was not always understood. Who knew how much “Harder, Better, Faster, Stronger” used in “Cola Bottle Baby” by the black funk musician Edwin Birdsong from 1979?

Birdsong has definitely received royalties for the sample. But a bitter aftertaste remains.

Too black, too many drugs

Because it took a white European dance band to sell the white American kids the music that black compatriots had invented.

The y were no longer called techno or house, but electronic dance music (EDM). Without Daft Punk there would be no EDM in the USA. Only now did the budgets, the festivals, the fees grow.

The  word rave was avoided. Too black, too many drugs. A congressman had passed a law that could punish event organizers with a quarter of a million dollars and 20 years in prison for using ecstasy on their premises.

In “Get Lucky”, Nile Rodgers from the disco group Chic plays his prancing funk guitar, Pharrell Williams sings like velvet.

The  tears come by themselves

The  gods of electronics reproduce their music with “real” instruments and black stars.

The y show where their music comes from and that they love black music.

The  tears are sure to come by themselves.

Sophia Thiel is back and explains: That’s why she took a...

Five dead in fire at the world’s largest vaccine manufacturer Passenger numbers in Frankfurt at an all-time low

Austria – According to Kurz, 900,000 Covid vaccination doses by March