The  highlight was a video conference with Chancellor Angela Merkel on Friday. This was followed by a list of demands from eight district administrators from border districts with an urgent request for more support. And the talks continue unabated: This week, a video link with the Bavarian Minister of Health, the State Office for Health and Food Safety and the government of the Upper Palatinate is planned, informed Grillmeier.

At the weekend, two incendiary letters were sent from the region to Munich and Berlin

Willows in the Upper Palatinate

“Where are we with the suspected mutations?” That is the most urgent question at the moment, emphasized the district administrator on Monday in the district committee. “

The  incidence values ​​are not the only criteria when looking at the situation.” Nevertheless, it is clear that you have to get as far below the value as possible, otherwise you probably don’t have to worry about larger openings.

“We are in the focus of all know-it-alls from all over Germany,” said Grillmeier, summarizing the great media coverage.

The  advice you get there is not on a cow’s skin: “For example, the accusation why the district does not close the border with the Czech Republic. Anyone who asks such a question to the district administrator has no idea.” At the moment the cross-border commuters are the main brokers. “But our people spread the virus the same way.”

When assessing the systemic relevance of cross-border commuters, the approach is similar to that in the first phase in spring. As in other counties, around 60 percent of Czech employees are recognized. “One could have proceeded more restrictively, but the companies tell us that their existence is at stake. And there are also bigger companies.” He said to all critics: “Have fun with the rejection.”

The re is also the question of whether it would not make more sense to test commuters every two days instead of gathering them here in pensions.

The  district administrator certified all employees in care and administration, in the test and vaccination centers, as “highly efficient work”. Every critic should ask himself whether he has done everything himself to contain the pandemic. “

Earthquake in Croatia: “The quake was also noticeable in Switzerland”

State theaters remain closed: The attempt at a perspective – culture 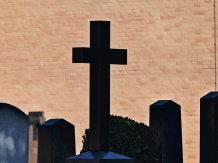 Excess mortality due to “second wave”: So many died in November... 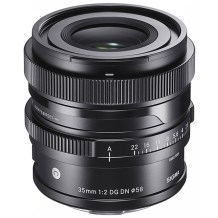 Corona vaccination: This is how the first days went at the...