The  automotive supplier and tire manufacturer determined a negative group result after checking the books.

The refore, it will be proposed to the upcoming annual general meeting at the end of April that no dividend should be paid, according to the DAX 30 group in Hanover on Friday evening. For the year before, there was still 3 euros per share, despite the red numbers. CFO Wolfgang Schfer had already indicated last November that a turn to profit could no longer succeed.

Shortly after the start of trading on the XETRA trading platform on Monday, Continental shares lost 3.70 percent to 115.90 euros. Jefferies analyst Sascha Gommel wrote that the decision should also be seen in the light of the major restructuring measures in the group, which also include factory closures.

The  management around the new Conti boss Nikolai Setzer and the major shareholders of the Schaeffler family of industrialists see the cancellation of the dividend as a concession against the background of the layoffs. But it was hardly due to the financial strength of the group.

In the past few months, like the industry as a whole, the Conti share had grown significantly: While it was worth around 90 euros at the end of October, the price at the Xetra close before the weekend was a good 120 euros. Continental has had some difficult years. As early as 2018, the US-Chinese trade dispute left its mark on the world’s second-largest auto supplier, and later there were homemade problems and other market weaknesses before the Corona crisis hit. At the beginning of 2018, at a record high of 257 euros, the share was worth a good double what it is now.

In view of the economic crisis and decreasing sales in the pandemic, at least a reduced profit sharing of the owners was foreseeable anyway, analysts had expected an average of around 2 euros to be paid out. In the recent past, Conti had sometimes paid more than planned in the dividend policy – after all, there was a distribution for 2019 despite an annual loss.

The  company will continue to adhere to its basic, medium-term dividend policy of paying out 15 to 30 percent of consolidated profit, said Conti.

In the second and third quarters of 2020, the bottom line was that Conti had suffered high three-digit million losses. Ongoing business then became more stable again in the third quarter. But structural change and the gloomy outlook for global car production are keeping the industry under pressure.

With a view to the internal austerity measures, works council chairman Hasan Allak had demanded that shareholders waive and already proposed that no dividend be paid out for 2020. “Among other things, with the temporary suspension of the group profit-sharing scheme, the employees have made a significant contribution to reducing costs,” he said – not to mention the very painful job losses. Other groups would also have to “make noticeable contributions”. Conti is in a complex conversion to include more electronics, sensors and software.

The  largest beneficiary of dividend payments at Conti is usually the Schaeffler family of industrialists, who also control the automotive and industrial supplier of the same name from Herzogenaurach, with a 46 percent stake.

The  Schaefflers have been Conti’s largest shareholder since a failed takeover attempt during the 2008/2009 financial crisis.

Hansa still flying high: Thanks to “Krake” Kolke soon in the...

The spelling table is denazified: From now on it can be... 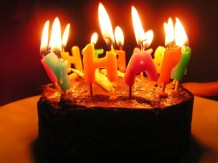 Out of its infancy – 25 years of JavaScript