With his ninth win at the Australian Open, Novak Djokovic brought himself back into the game as the youngest of the “big three” in the battle for the Grand Slam record.

The  33-year-old Serb now holds 18 major titles, ahead of him are 34-year-old Rafael Nadal and Roger Federer, who will be 40 in August, each with 20 Grand Slam triumphs. Djokovic coach Goran Ivanisevic therefore does not have to lean far out the window when he predicts that his protégé will overtake Federer.

Djokovic and Nadal will fight for the all-time record for men, according to the former Wimbledon winner from Croatia. “

The y surprise me every day. Rafa will definitely win one more, I hope not two.

Of course, even the general record currently held by Margaret Court with 24 titles would still be within reach. For Federer, after a year off and at almost 40, despite his exceptional talent, it will be extremely difficult.

The  Swiss superstar has not won a major since the Australian Open 2018.

Djokovic has already indicated that he will concentrate even more on the majors. In addition, he will now cure his abdominal muscle injury. “I did another MRI in the morning and the damage has increased compared to the first MRI,” he reported about Daniil Medvedev after the smooth 7: 5.6: 2.6: 2.

Other former tennis greats have also expressed their enthusiasm for Djokovic’s Melbourne appearance. “That was an incredible performance. It was also a strong statement towards the next generation, to us, the whole world. Novak is such a complete player,” said Mats Wilander as a Eurosport expert. And ex-US Open winner Andy Roddick raved on Twitter: “Djoker is so good.

The re is no way you can attack him on the court. It’s like when you can’t beat a boxer and this boxer knocked out. Has power in both hands. ”

Djokovic was battered like a boxer in the past year: both with the organization of the Adria Tour, where players celebrated parties and also infected with the corona virus, and with the disqualification at the US Open, after accidentally joining a line judge hit a knocked ball away. In the run-up to the Australian Open, Djokovic had made himself unpopular for the players because of the quarantine regulations and his demand for relaxation.

Djokovic is used to constant media scolding, who in terms of popularity cannot keep up with Federer and Nadal, despite all his visible efforts. “Of course it hurts. I have emotions and I don’t enjoy it when someone attacks me in the media. But I’ve developed a thick skin over the years,” said Djokovic. After his ninth win in his “Rod Laver Arena living room”, the Serb was forgiving. He is just as powerful in Melbourne as Nadal was in Paris and Federer was at Wimbledon for many years.

In addition to the further improvement opportunities for Dominic Thiem, Daniil Medwedew, Alexander Zverev and Co., it will be perhaps the most exciting question this year: What can Roger Federer achieve again after his long break? You can get a first impression of this in just under two weeks, when the Confederate returns on the ATP tour in Doha.

Delivery Hero has to sell Yogiyo for planned Woowa JV |... 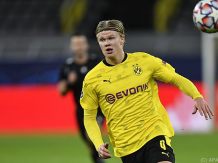 Santa Claus is “immune” to the virus and is allowed to...

This is how the East experienced the festival 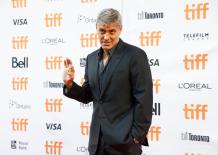 Clooney has not given a hairdresser visit for 25 years –...