During the corona pandemic, people are spending more time in their own homes than ever before.  The  space they have varies in size. Test how you compare to others!

Seldom has one lived so actively as during the corona pandemic. Much of what normally draws you outside does not take place or is forbidden.

The  happier those who feel comfortable at home can consider themselves to be all the happier.

An important criterion for this is the space that is available. Anyone who lives in a confined space with many people is likely to clash with their family more quickly than someone who can retreat to their own room to work.

How differently the living space is distributed in Germany has been calculated by researchers from the employer-related Institute of the German Economy (IW) based on data from the Socio-Economic Panel. Accordingly, the mean apartment size in the total population is currently 100 square meters. 10 percent live in apartments that are larger than 163 square meters.

You can test for yourself whether your own living space is relatively large, average or rather small – with the help of an interactive IW graphic.

You can see this in the graphic:

How to use the graphic:

How much space is a lot or a little?

Only minor differences between educational levels

Pekka Sagner, IW economist for housing policy and real estate economics, explains this with the fact that people with a university degree tend to work in industries that are located in large cities. “

The re they have more rental apartments and less living space per capita in a tense market,” says Sagner. People with a secondary school leaving certificate, on the other hand, tend to stay in rural areas, where the ownership rate is higher.

In large cities, the space for tenants is decreasing

In large cities, the space that tenants have per capita is even declining. One reason for this is that families do not move when they have another child.

According to Sagner, the type of new building also plays a role. “It used to be criticized that big cities were being built too big and that the demand for single apartments could not be met.

In the case of owners, however, the trend is continuing upwards.

The  living space per capita has increased significantly here. “This has to do with the fact that owners tend to be older and there is no great incentive in old age to move into a smaller apartment once the house has been paid off,” says Sagner. Union at its lowest value since March 2020: Grand coalition loses its majority in the poll – politics 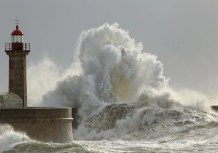 Hurricane over Germany: Thursday will be dangerous!

Baerbock wants to go to the Chancellery: You definitely 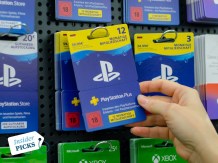 Playstation Plus on offer: Save 25 percent for the Black Friday...

What does the world look like after the corona virus? ...