In February 2019, US President Trump and North Korea’s ruler Kim met in Vietnam to talk about disarmament. But the meeting ended surprisingly quickly – too quickly for Trump.

The  rapprochement with North Korea was one of the most important issues for former US President Donald Trump. In February 2019, Trump and ruler Kim Jong Un met in person for the second time. But the summit in Vietnam’s capital Hanoi ended abruptly with Kim’s departure.

The  BBC documentary “Trump Takes On the World” now reveals a curious detail of the meeting.

Accordingly, Trump offered Kim to fly him home in his Air Force One presidential plane. “Trump knew that Kim had a multi-day train ride through China ahead of him,” quoted the BBC as quoting Trump’s Asia advisor, Matthew Pottinger. “So he said to Kim, ‘I can get you home in two hours if you want’. But Kim refused.”

At their first meeting in Singapore in June 2018, Trump surprised his advisors with a spontaneous offer to Kim. This had demanded that the US Army stop their joint exercises with the South Korean military. “At some point Trump just said to Kim: ‘I’m calling off the war games,'” Trump’s then security advisor John Bolton told the BBC.

The  exercises are expensive, you don’t need them anyway and if it makes Kim happy: “I could hardly believe it,” says John Bolton. AfD in Moscow: On the trail of Sputnik V – politics

Pope Francis in Iraq: “It was like a dream” Ship with 130 tons l ran aground off Mauritius 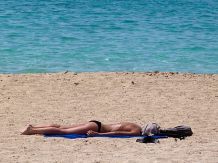 WHO on the anniversary of the pandemic: Many countries felt too safe 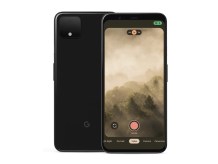 For 3 days only: Weekend bargains at Media Markt and Saturn 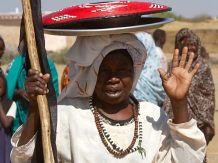