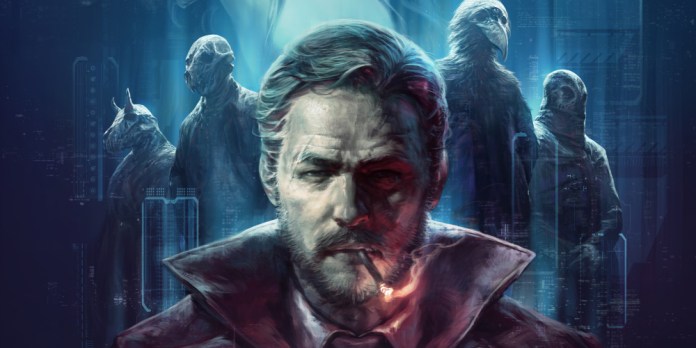 Would you like to solve a serial murder in a bleak, dystopian future and use a special gift of detecting lies?  The n the title Dry Drowning should be quite interesting for you. Here we get a visual novel with a very dark setting that promises many decisions and an exciting story. In the following lines you can find out how the game ends up doing. 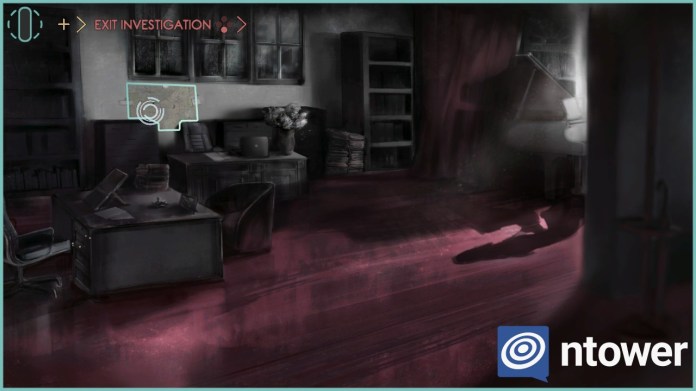 Exploring the environment is just as much a part of the game as conversing with the characters.

Former cop Mordred Foley started his own detective agency and got a lot of attention when he convicted two of the most dangerous serial killers and put them on the electric chair. However, after they were executed, investigations found that the evidence Mordred presented to convict the murderers was falsified. Thus the reputation of the law firm went into the basement and he was imprisoned. However, he was released after a while as the allegations of forgery could not be adequately proven. However, it is still clear to the media and the bereaved of the executed: Mordred is guilty.

Although the law firm has reopened, the scandal kept the company away from new orders until one day a client appears with an attractive new order. A politician who is a member of the extremist Black Bands group has been implicated in a murder case and is considered the prime suspect. If Mordred manages to get his laundry clean, it would instantly improve its reputation and wash more jobs ashore. A very worthwhile story, but is it morally acceptable to help a member of an extremist group? Especially since Mordred’s assistant was discriminated against in the past by precisely this group. In the course of the game he is faced with many decisions that change the story and lead to different endings.

The  plot is told in a very exciting way and increasingly unfolds on the hunt for the serial killer who, in his murders, is grotesquely inspired by Greek mythology. Mordred is also confronted with his past during his investigations.

The  frequent decisions generate a high replay value, as it is quite exciting to find out what consequences a different choice has in store and how these directly influence the characters. Dry Drowning offers English, Italian, Japanese and Chinese subtitles, but unfortunately German is still missing. Because the game is very text-heavy, you should have a good knowledge of one of the languages ​​offered in order to be able to enjoy it to the fullest. However, there are definitely chances of a German translation, because the PC version of Dry Drowning was given a patch afterwards. 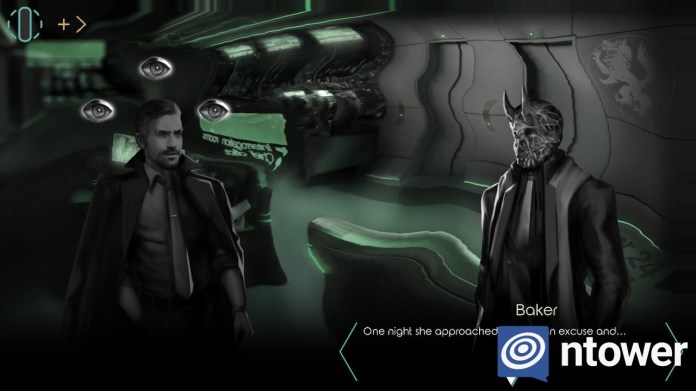 As soon as a character lies, a mask appears over their face.

The se need to be torn down with the right tips.

In typical visual novel fashion, you travel to several places and meet a wide variety of characters, with whom you talk and gradually learn more clues. In addition, you will explore the area for further clues and any evidence that will go into the inventory to be used during interrogations. Not all characters are directly open to Mordred and often lie to hide important details, this is where the investigator’s gift proves to be extremely helpful: As soon as someone lies, a mask appears in his mind’s eye over the face of the lying person. It is now necessary to expose this and bring the truth to light, because only when all possible clues have been discovered does the actual interrogation begin here. Similar to Phönix Wright, the right clues must be presented at the right time in order to gradually bring the framework of lies to collapse. You have a total of three attempts, otherwise it’s game over. While the interrogations are relatively simple at the beginning and shouldn’t pose any problems for you, they become more crisp as the game progresses. Here it would have been useful to be able to display the immediate dialogues again before selecting the correct evidence. In addition, there are also situations outside of the interrogation in which you elicit new clues from people by choosing the right objects, but you have an infinite number of attempts to do this. In the menu, the collected notes, character profiles, background information on events in the game world, as well as the course of the dialogues can be read in peace. Unfortunately, as already mentioned, the latter cannot be viewed during the interrogation. A fun puzzle mini-game adds a little variety to the investigation.

The re, several rotatable fields must all be connected to one another in such a way that a continuous line is created without a branch leading into the void. Some increasingly difficult puzzles await you there. 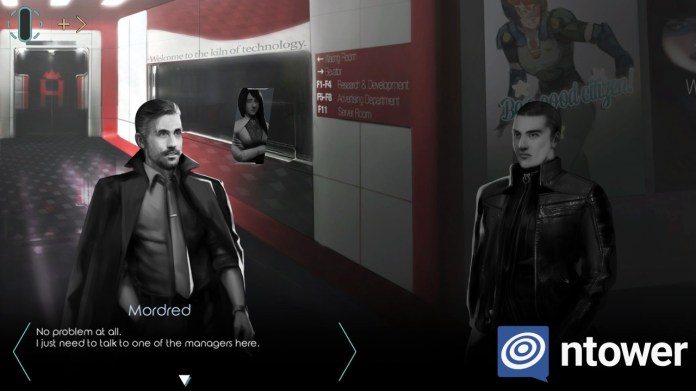 Dry drowning takes you into a near dystopian future in a city-state in the year 2066, in which not everything has gone well. For example, surveillance and exclusion towards newcomers and certain groups are common practice. In keeping with the theme, the game is presented with very few colors, the characters are all in shades of gray, while a few colors in the background brighten the overall picture a little bit, which in combination gives a very nice flair.

The  artwork of the backgrounds is worked out in detail and the design of the characters is impressive.

The  soundtrack, however, is the icing on the cake, it is unbelievably good and underlines the events of the story and the tragedy behind it phenomenally well. Even the song on the title screen lets you sink into the dark world of dry drowning. Many of the melodies are accompanied by gripping piano sounds. A few melodies also generate an oppressive feeling of hopelessness.

Unfortunately, there are also things to complain about, apart from the fact that occasionally spaces were missing between words, which is still in the frame, I unfortunately once had the case that my scores were briefly completely immersed in nirvana. About halfway through the game I wanted to save and went to the corresponding menu. I could still move the cursor, but all keystrokes were ignored and I couldn’t leave the screen. I therefore had to quit the game via the Switch main menu and restart it from there, but then all of the save files that I had previously created were gone and I had to start the story again. However, when I started a new game and went to the loading screen from there, the old saved games were suddenly there again. Even if everything was not lost in the end, it was a moment of shock. Fortunately, this error only occurred once, otherwise the game ran without problems at any time.

Apple heralds the end of the current iMac Pro

Samsung brings the Galaxy XCover 5 with a robust housing

Notes on the launch of Apple’s mixed reality headset

These are the best Bluetooth headphones according to Stiftung Warentest

Chip bottlenecks at Qualcomm are said to affect smartphone production 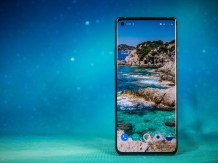 Samsung scare? This is how this manufacturer wants to amaze the world

With these tricks you can get a PlayStation 5 faster 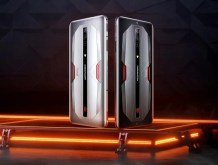 Brittanya Karma was only 29: Hamburg rapper dies of Corona

Cologne is working on Gerhardt’s return

“That’s the Corona Plus”: Youth unemployment in Berlin rises by 44... 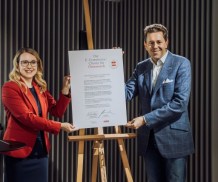 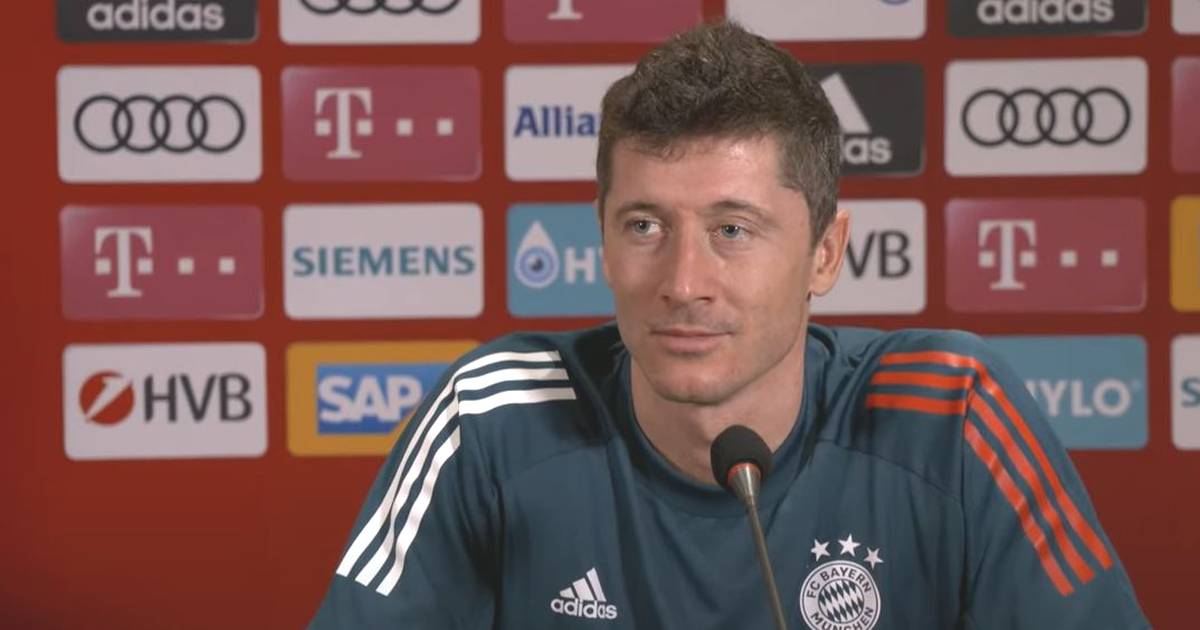 Robert Lewandowski has a successor in mind