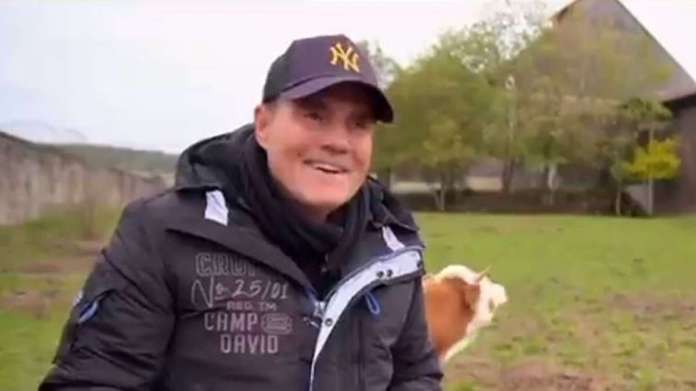 “DSDS” becomes a “jungle camp” training camp. Instead of a sandy beach, the recall candidates go to the cowshed inside. And then Dieter Bohlen also presents two new “top people”.

Wertheim – Dieter Bohlen had already announced at the beginning of January: A very special season of “Deutschland sucht den Superstar” is in store for fans. And the longer the 18th season runs, the more it becomes clear how right the pop titan really is. After the special castings on the “DSDS” steamer, as usual from previous seasons of the show, the recall is due. On Instagram, however, Bohlen suddenly presents two “top people” who are in the next round without a casting appearance.

Usually we are used to special images from the recall. It is not uncommon for the jury and the candidate to end up in absolute dream locations, and the performances are then on a white sandy beach. Instead of sand between his toes, Dieter Bohlen has a lot of mud under his feet this year – he’s standing in the middle of a cow pasture. And there he is looking for further competition for his “DSDS” candidate: inside, as he shows the fans on Instagram.

Because just as the pop titan is, he turns the broadcast concept upside down a bit on the cow pasture. “Germany is looking for the superstar” becomes “Germany is looking for the super cow”. One of the cows mentioned gives a small, mooing foretaste of singing on the meadow – and the chief juror is immediately convinced: “Yes, it works! Cute voice. Many candidates can really cut themselves off from this.

The se are stars “, Dieter is blown away – and can hardly get out of the enthusiasm:” It can only be good “.

Incidentally, the jury has already passed a judgment on the cow. “We have now made a decision, two top people will be there,” he reports and hopes for a comparison: “Who is better now?

The  cows or the candidates? ”Do some talents have to worry about being replaced by animal competition? And is “DSDS” now bringing cows to the Recall dream beach?

Of course, nobody on “DSDS” will be replaced by the new animal “superstars”, but they are always important for the recall. Because instead of singing on the dream beach, the candidates must first perform on Saturday evening in the home of Dieter’s new “top people”.

The  next recall round will be held in the cowshed. On the way to a glamorous life as a “superstar”, luxury is first of all goodbye.

So the recall suddenly becomes a bit like a “jungle camp” training camp – only without a disgust test.

The  remaining singers take the bus to Bronnbach Abbey in Wertheim. Before leaving, Bohlen’s co-juror Mike Singer also collects all of the candidates’ cell phones. In the monastery itself there are group dormitories with camp beds that you can set up yourself instead of a king-size bed in a luxury hotel. Warm water? Nothing! And then get along without social media – extreme conditions. But of course the focus can then be all the more on the music.

DSDS 2021: Recall in the cowshed – whoever is between dung and slurry can go to the dream beach

If you want to go one round, you have to convince the jury in the cowshed belonging to the monastery – right next to Dieter’s new “top people” from the cow pasture. “This is the best location that we have found at DSDS in 18 years,” enthuses Bohlen.

The  trailer already reveals in advance:

The  nerves are bare with the aspiring singing stars.

For at least seven talents, the journey will end between straw and cow dung – the rest will get the dream beach recall on the Greek island of Mykonos. And after some appearances, Dieter might have preferred to let the cows into the next round. Statements such as “I found it horrific”, “Disaster performance” and “Total failure” are used.

The  fans can see who these devastating verdicts overtake on Saturday evening from 8.15 p.m. on RTL or in the live stream on TVNOW. (they have)

Parler: The favorite app of Trump fans is back – with...

Stefan Kulovits dreams of a job as a rapid coach –...

Golf – PGA Tour: Straka has to worry about the cut...