The  German biathletes do not really deliver a bad team performance in the World Cup relay race, and things are also going pretty well at the shooting range. But because starting runner Erik Lesser suffers an inexplicable break-in, the team runs far, far behind.

The  women, on the other hand, inspire.
Vanessa Hinz, Janina Hettich, Denise Herrmann and Franziska Preuß celebrated the longed-for liberation with the silver medals around their necks. After their coup for the outstanding final runner Preuss, they kept their fingers crossed for their teammates, but then had to witness the season drama about starting runner Erik Lesser a little later.

Because the veteran, who had previously disappointed in his three World Cup appearances in Pokljuka, broke in completely, it was enough for him, Roman Rees, Arnd Peiffer and Benedikt Doll on Saturday only to a disappointing seventh place. Lesser did not provide a possible explanation because – unlike usual – he did not give any interviews. “He’s physically well so far.

The re is no medical explanation,” said team doctor Jan Wüstenfeld on ZDF after speaking to Lesser.

The  32-year-old had previously struggled with back problems again and again.

As bad as it was for Lesser, it was phenomenal for Preuss. Her impressive final sprint was the moment of the relay races in Norway’s two World Cup victories. With a final show of strength on the home straight, Preuss caught the Ukrainian Olena Pidruschna by 0.4 seconds and secured the longed-for first medal for the German ski hunters, who had previously narrowly missed the podium in the individual races.

“I noticed, that’s enough. It’s extremely good for everyone, the whole team,” said Preuss. It prevented the first medalless World Cup for the German women since 1987. With this, the DSV team has won two medals with Arnd Peiffer’s individual silver before the final mass starts on Sunday.

The  goal was four to five.

“You saw again during the week that competitive sport is really tough. Now it’s mega-cool that we caught the day today and have something to celebrate,” said Preuss, who laid the foundation for the sense of achievement with two flawless shootings . In the meantime it looked like the next World Cup disappointment. After a strong start by Hinz (28), who was the only one of the current team to take part in the last World Cup victory in 2017 in Hochfilzen, the deficit of the not so strong Hettich in their first World Championship season grew to one minute.

“It was a great box”

Herrmann started the race to catch up, who barely avoided the penalty loop lying down with three spare rounds, then with a faultless standing insert and a fast final lap. And Preuss showed why she is the most consistent German this winter. After the last shooting, she went into the final lap second. After Pidruschna passed her, it initially looked like bronze. But the Bavarian struck back. “It was awesome,” said discipline trainer Florian Steirer. Like Peiffer, Herrmann & Co can now look forward to a chocolate cake from the team chefs after their precious metal.

Perhaps Lesser gets something from it as an encouragement. Because the veteran experienced a break-in like seldom a German ski hunter before him. “Even when he came in he didn’t look good,” said his friend Arnd Peiffer: “That happens, of course it’s a shame when that happens at the climax. I feel sorry for Erik. It really means suffering, mentally and physically . ” After the historic sprint debacle, the strong running Rees, Peiffer and Doll avoided at least the worst season result in history.

Now Preuss in particular has good prospects for a medal in the final mass start on Sunday (12.30 p.m. / ZDF and Eurosport), where Herrmann and Hinz also start. For the men (3:15 p.m.) only Peiffer and Doll are there. Both were convincing in the season.

“I’ve also done a lot wrong in my career”

“We are sad Corona front runners in Germany”

New beta from WhatsApp: Use one account on multiple devices at...

Lacey is pregnant, Miz is out, Alexa horror in the gauntlet

World Cup silver – Lisa Hauser in the valley of tears... 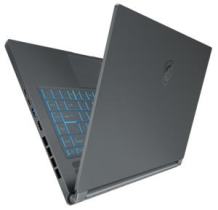