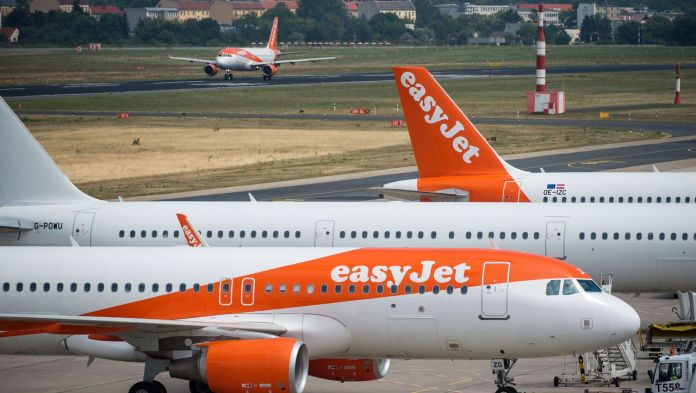 The  British want in the sun: After Great Britain announced plans for open borders and the resumption of international travel, flight bookings at Easyjet jumped by more than 300 percent compared to the previous week.

The  vacation bookings even rose by more than 600 percent, as the company announced.

The  UK-based airline said that the most popular travel destinations were trips from the UK to beach destinations such as Malaga, Alicante and Palma in Spain, Faro in Portugal and Crete in Greece. Most of all, the vacationers wanted to travel in August.

Uncertainty about the end of the travel ban persists

Meanwhile, there is still uncertainty about how and when exactly international routes can be reopened.

The  British government will not publish more detailed information in a travelogue until April 12th.

The  ban on most international travel will remain in place until May 17.

Like the entire tourism industry, Easyjet was badly affected by the Covid 19 crisis and, for the first time in its 25-year company history, was in the red last year: around 900 million euros.

Meanwhile, the British vaccination plan is progressing rapidly: around a quarter of the population have already received their first dose of the vaccination. This gives airlines and travel companies hope that the UK will lift vacation bans and quarantine restrictions and allow travel from mid-May.

Foreign governments must also agree that British vacationers can travel without quarantine. For example, France and Spain are currently closing their borders to the British due to new variants of the coronavirus. Radio play from the Rummelsburger Bucht: A club night with William...

BMW shares in the red: after record sales in the final...

“Dirty Dancing” star Jennifer Gray: 33 years later: This is what...

Weather in Stuttgart: sledges and snowmen – snow brings joy in...

Lower wages due to the crisis: Report: Politician diets must fall