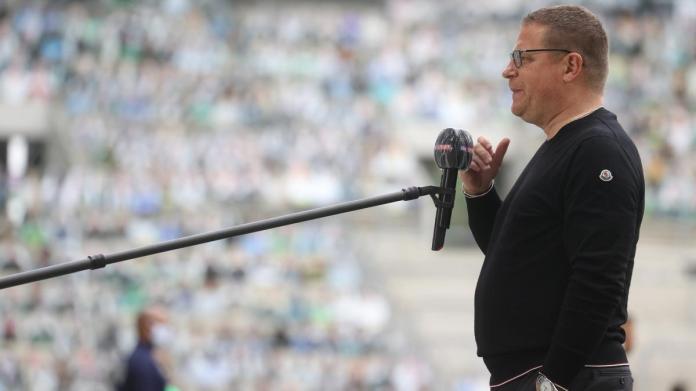 Max Eberl looks back on grueling days. About a week ago, his coach Marco Rose had told him that he was leaving Borussia Mönchengladbach and wanted to join the other Borussia from Dortmund. Yesterday’s 2-1 defeat against Mainz 05 finally made it clear that the events did not leave the team unaffected.
It continues below the ad

In ‘Sky90’, despite all the unrest, Eberl renewed his commitment to his outgoing trainer. “Naturally”, so the sports director when asked whether Rose will remain Gladbach coach under any circumstances until the end of the season.  The re is “At the moment there is absolutely no situation in which I can imagine that Marco Rose won’t end the season”, emphasized Eberl. Mind you: at the moment.

By his own admission, Eberl has not yet found a successor: “I am now in the process of thinking intensively, having a lot of conversations, gathering a lot of information in order to find the best coach for Borussia.”

The  new man must fit the squad and the game idea. One will deal with “All super exciting candidates” to chat.

Eberl did not want to comment on individual names such as Jesse Marsch (RB Salzburg), nor would they exclude them. Be it “Still much too early” for water level reports regarding the search for a trainer. So the process should go on for a while.

Symbolic figure of the protest movement dies after being shot in...

Export: WhatsApp brings the chat function back, which was only deleted...

Pietro Lombardi: He talks about the love-off with his ex-girlfriend

Arafat Abou-Chaker wanted money for the rest of his life –...