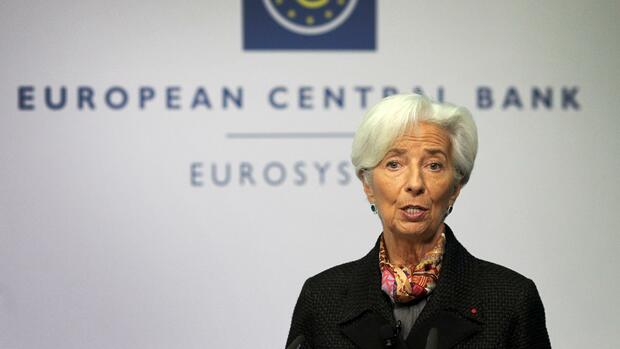 The  ECB is examining many indicators to assess whether favorable financing conditions continue to exist in the currency area.

The  European Central Bank (ECB) is driven by the recent rise in bond yields on government bonds in euro countries.

The  ECB is looking at many indicators to assess whether there are still favorable financing conditions in the currency area, said Central Bank President Christine Lagarde on Monday at a virtual event of the EU Parliament.

The  returns on government bonds are particularly important. “Accordingly, the ECB is closely monitoring longer-term nominal bond yields,” said Lagarde. Because banks used this as a reference point when setting the prices for loans to households and companies.

The  central bank will continue to support all sectors of the economy by ensuring favorable financing conditions during the pandemic, Lagarde said. She has been doing that since the beginning of the crisis.

The  yield on the ten-year federal bond, which is the benchmark for government bonds in euro countries on the stock exchange, was most recently minus 0.33 percent. At the beginning of the year it was minus 0.60 percent.

The  upward movement is due, among other things, to increased inflation prospects in the euro zone and in the USA.

More: ECB wants to review discussions with investors after criticism.

Berlin & Brandenburg: Gasometer is being rebuilt: Office building as the...

How trend-setting is a peat festival in the fog against the...

Angela Merkel and the minister should cut their salaries

Qatar is participating in the European qualification