FC Bayern Munich suffered a damper in the battle for the championship. On the 22nd matchday the leaders lost 1: 2 (0: 2) at Eintracht Frankfurt. With a win on Sunday against Hertha BSC, pursuers RB Leipzig can reduce the gap to Hansi Flick’s team to two points.

The  SGE, unbeaten for eleven competitive games in a row, moved back to third place ahead of VfL Wolfsburg.

The  afternoon began with a severe setback for the Hessians:

The  top striker Silva, who suffered from back problems, did not get fit in time. Hütter was forced to give Jovic, who recently only acted as a joker, the chance from the start. In addition, Toure (for Durm) and Rode (for the yellow blocked Sow) moved into the team against the 2-0 win against Cologne.

On the other hand, Bayern coach Flick had to improvise even more than he had already done recently because of the short-term failures of Pavard (Corona-positive) and Tolisso (tendon tear in the thigh): He decided on Süle as a right-back and offered Roca on the double six next to Kimmich because Goretzka, who had at least returned to the squad, wasn’t ready for 90 minutes.

The  guests lacked access and security in the center from the very first minute, the SGE determined the game on the bumpy track in the Waldstadion at will.

In particular, Kamada and Younes were out of reach for the Bavarian double six and repeatedly put the outside players, especially Kostic on the left, in the limelight. This not only resulted in the early leadership by Kamada (12th), who was brilliantly served by Kostic.

The  2-0 win by Younes almost 20 minutes later, a brilliant Sunday shot in the kink, fell over the Süle side.

After a remarkable first half, in which the Frankfurters sometimes pushed the Munich deep into their own half and hardly gave them counter opportunities, the tide turned. Flick brought Goretzka for Roca and apparently found the right words to motivate his offensive, which has so far been almost completely pale. It took only eight minutes for the long, sloppy Sane to kick off Lewandowski’s goal with a beautiful single action (53rd).

From then on, only the record champions played, Eintracht mainly devoted themselves to defending and countering – and thus had success.

The  Bavarians lacked the precision in the conclusion or they failed because of the brilliant Trapp.

The  data of the game

The  star of the game: Amin Younes (Eintracht Frankfurt)

The  best game of his career? No matter what the little dribbler did (especially in round one): It had a hand and foot. With his fints and passes, he levered the Bayern defensive almost single-handedly. In this condition, a hot candidate for the national team – national coach Löw was at least a visit.

The  flop of the game: Marc Roca (FC Bayern Munich)

The  weakest Bavarian after Süle and Choupo-Moting. Had huge problems to structure the game of the guests and seemed overwhelmed overall. Often slipped away and only won 40 percent of his duels. Down for a break.

The  focus was early on because his assistant on the sidelines suffered an ankle injury and had to be replaced. After that, he was mainly concerned with incurring the displeasure of the Munich team, as he let a lot go through despite the tough duel of the Frankfurt team. Flick received a yellow card for complaining about the hour. In the end, the home side actually had bigger reason to complain: Stegemann denied them a clear penalty after Davies fouled Ache in the penalty area.

Will Assange go to jail forever? Today at 11 o’clock...

Evangelical Bishop Chalupka: “2021 may be a turning point”

Parties – Berlin – text for the protection of the constitution... Weather – Stuttgart – Uncomfortable weather on the third weekend in... 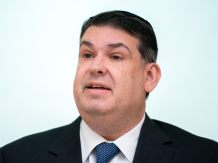 Opel Mokka-e already sold out for 2021