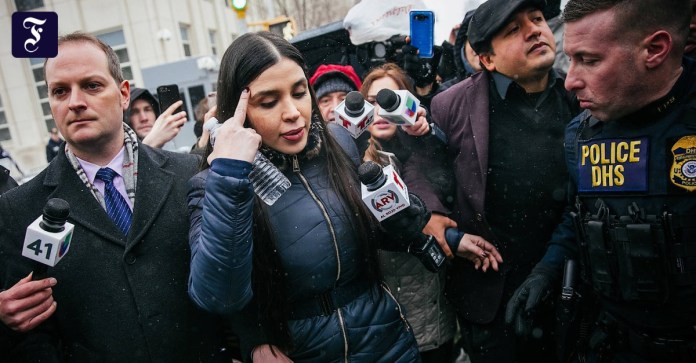 The  31-year-old was arrested on Monday at the airport in the capital Washington and will appear there on Tuesday via video link in court, as the American Justice Department announced.

Coronel, who has both American and Mexican citizenship, is alleged to have participated in a conspiracy to smuggle the drugs cocaine, methamphetamine, heroin and marijuana into the United States.

The  period of time was not initially communicated. She is also believed to have helped Guzmán escape from a Mexican prison in 2015 and later, before Guzmán was extradited to the United States in January 2017, planned another prison escape.

“El Chapo”, leader of the powerful Sinaloa cartel in Mexico for 25 years, is sitting in a maximum security prison in the American state of Colorado. A court in New York had sentenced him to life imprisonment plus 30 years in July 2019 – Coronel was among the spectators in the courtroom at the time. A jury found Guzmán, now 63, guilty of all ten charges in one of the largest drug trials in American history – including involvement in a criminal organization, the manufacture and international distribution of cocaine and heroin, as well as money laundering and the use of firearms.

A bit of Christmas shine in Corona Advent – BZ Berlin

Car transporter goes up in flames – A10 partially blocked –...