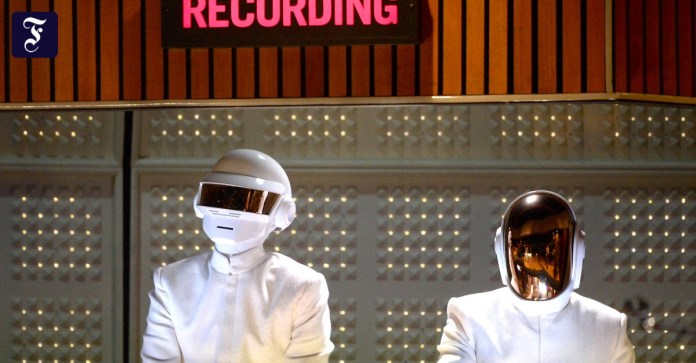 Dhe successful French electro-pop duo Daft Punk has surprisingly split up. This was announced by the management of the two musicians Thomas Bangalter and Guy-Manuel de Homem Christo on Monday in Paris. After 28 years of working together, the two said goodbye on YouTube with a video called “Epilogue” showing images from their film “Electroma”.

Daft Punk achieved world fame with the song “Get Lucky”, for which the band won four Grammys in 2013.  The  two were considered important exponents of the French Touch, a movement in house music that had been popular in France and beyond since the 1990s. In 2013 they released their fourth and final studio album “Random Access Memories”.

Bangalter and Homem Christo founded Daft Punk in 1993 when they were 17 and 18 years old. Back then they were called Darlin ‘. By renaming, they responded to a slap in their first single. A British magazine had called their music “daft punk”, ie idiotic punk. In the following years they established themselves in the Parisian club scene.

The y began to publish elaborately produced videos in which their faces could never be recognized.

The y also wore helmets at their concerts.

The  song “Around the World” became her first international hit, the album an international success. Suddenly their electronic dance music could be heard in youth rooms and party rooms all over Europe. Five years later the album “Discovery” followed, in which eighties party music, pop and disco were mixed.

The  rather dark third album “Human After All” was not so well received in 2005.

This is the most accurate map of our galaxy to date

Uwe Krupp is returning to Berlin as a Cologne coach –...