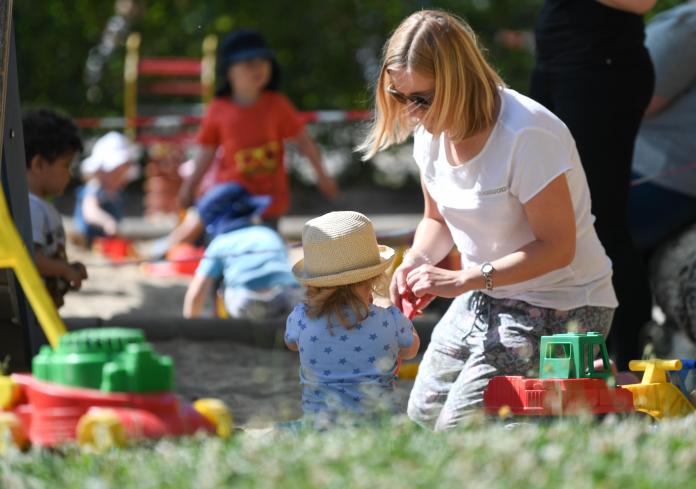 Federal Health Minister Jens Spahn (CDU) expects that educators and primary school teachers will soon be able to be vaccinated against the corona virus. It is socially very important that daycare centers and primary schools can reopen. Because it is not possible to keep your distance there, however, the employees want to be quickly included in group two and be given a vaccination offer earlier, said the minister in an online discussion on the subject of corona vaccination in Berlin.

In the vaccination sequence in Germany, three large groups were defined: group one with “highest priority”, group two: “high priority”, and group three: “increased priority”. According to the current vaccination ordinance, daycare and primary school employees are in group three and would probably not be there until the summer. Chancellor Angela Merkel (CDU) and the heads of government of the federal states asked the Ministry of Health at their most recent meeting to check whether teachers could be vaccinated earlier.

For this, the current vaccination ordinance would have to be changed. Representatives of several federal states have meanwhile spoken out in favor. A fundamental decision is expected to be made in the health ministers’ conference on Monday.

The  Standing Vaccination Commission (Stiko) reiterated its no to a change in its vaccination recommendation. When prioritizing the order, the focus is not on a possible infection with the coronavirus, but on the risk of becoming seriously ill, said Stiko boss Thomas Mertens. Whether someone is seriously ill depends primarily on age, and then on previous illnesses.

However, Mertens expressly pointed out that the policy could deviate from the recommendation of Stiko. However, this must then be well justified.

The  argument that it is more difficult to keep your distance in daycare centers is plausible, but not supported by data.

Spahn pointed out that people from priority group one should be vaccinated first – to which above all citizens over 80 belong. All of them can probably be offered a vaccination by the end of March or beginning of April. In the vast majority of federal states, an offer has already been made to the nursing home residents.

Bavaria’s Prime Minister Markus Söder (CSU) expects that the residents of old people’s homes will be vaccinated against Corona by March. “We are largely through with the vaccination in old people’s and nursing homes,” he said on Saturday at an online event organized by Christian Social Workers (CSA). He estimates that the second vaccinations will be “completely over” by March.

Use of hazardous substances after the escape of sulfur hexafluoride at...

Decades in US custody – Israeli spy Jonathan Pollard arrives in...

Coronavirus mutations also detected in Austria for the first time

In the S-Bahn: a drunk man tries to stab a pregnant...