The  automotive supplier ElringKlinger felt the consequences of the corona crisis in the past financial year despite a significant recovery in the final quarter.

While sales in 2020 fell by 14.3 percent year-on-year to 1.48 billion euros, earnings before interest and taxes (EBIT) even slumped by more than half to 27.2 million euros, as noted in the SDAX small cap index Company from Baden-Württemberg announced on Tuesday in Dettingen an der Erms when presenting preliminary figures. Among other things, impairments in the mid double-digit million euro range had a negative impact here. However, the proceeds from a fuel cell partnership of around 25 million had a positive impact here.

In the fourth quarter, on the other hand, ElringKlinger was able to increase sales clearly and EBIT slightly, and benefited from the fact that the automotive industry, which was particularly hard hit by the pandemic in the first half of the year, picked up again. Nevertheless, the supplier was unable to cope with the problems overall over the year. In view of the difficult framework conditions, CEO Stefan Wolf spoke of not an easy year. “Given these general conditions, we are thoroughly satisfied with the results,” said the manager.

The  group initially gave no information on the surplus, incoming orders, dividends or the outlook. ElringKlinger plans to announce a forecast for the current year 2021 with the publication of the complete business figures on March 30th. 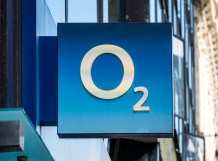 EHL Immobilien once again recognized as a “Great Place to Work”

Strong dollar: the euro temporarily falls to its lowest level since the end of November – the reasons | message

That is why Mercedes did not react immediately to Russell’s flat...

Corona crisis in Great Britain: Johnson announces the way out of...

1000 doses in Upper Franconia: breakdown vaccine is not used