The  number of passengers in Berlin fell in the Corona year 2020.

The  Berlin public transport company only carried 729 million people, a third less than in 2019.

The re were more than 1.1 billion.

The  decline in the 2nd quarter, i.e. in the first lockdown with 122 million passengers, is particularly dramatic.

In the first quarter – which was mostly before Corona, 248 million people drove with the BVG. This was announced by the traffic administration in response to a request from MEP Kristian Ronneburg (left). This means that the minus is significantly greater than recently expected.

The  new BVG boss Eva Kreienkamp had told Tagesspiegel in mid-December that “with luck it could still be 800 million”.

The n came the second lockdown, which destroyed hope.

It looks similar with the S-Bahn.

“Even during rush hour, the average seat occupancy is only 30 percent and the standing room is only 10 percent,” the company announced.

In the pandemic, several thousand Berliners canceled their subscription.

The  Verkehrsverbund Berlin Brandenburg (VBB) therefore has the idea of ​​a new multiple ticket to keep subscription customers.

The re is now a new proposal to take your bike with you for free in summer to compensate. VBB boss Susanne Henckel told the “Berliner Morgenpost” that this could “strengthen the combination of public transport and bicycle”. But nothing has been decided yet.

Dorsten will set up a rapid test center from Monday

Macron can hope for a second term

What will be possible again from tomorrow after the lockdown relaxations Von der Leyen: From April around 100 million vaccination doses per month in the EU

Positive corona tests: children attend school “at their own risk”

Drunk truck driver wants to sleep – in the middle of...

Corona spoils the desire for offspring – Japan helps with family...

Economy crashes even without lockdowns 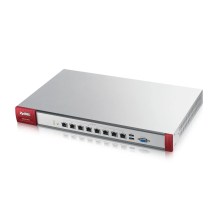