Again it is these pictures that make you sad. And angry:  The  small body with the shell black and sticky, coated with oil: A sea turtle has died miserably. Numerous other animals were washed up lifeless on the beach, such as a young fin whale.

Dozens of tons of the “black plague” spilled into the sea between Haifa and Ashkelon, the authorities speak of the worst environmental disaster in the country in years.

The  beaches have been closed to recreational activities.

The  exact cause of the disaster is still unclear, but the authorities have a suspicion: a ship that is said to have illegally drained oil off the coast.

According to the “Neuer Zürcher Zeitung”, the authorities want to work with the EU, which has set up a monitoring system for. With the help of weather satellites, oil spills in the Mediterranean are to be located.

According to Israel’s Environment Minister Gila Gamliel, investigators have narrowed the search to nine ships.

The re is therefore a chance to identify the tanker responsible for the oil spill.

Israel wants to take action against the owner and demand compensation.

► But until then the catastrophe will continue, the swirling oil in the water brings death and immeasurable damage to nature. A coral reef was covered with the sticky, black mass, the animals living there are acutely threatened, like a rare species of sea snail.

According to the nature conservation authority, it will take decades before the damage is repaired.

Volunteers are on duty on the roughly 160-kilometer stretch of coast, trying to clean the beaches, equipped with protective suits against the toxic fumes that pour out of the lumps of tar that have washed ashore. According to media reports, several of them later complained of malaise.

But they won’t give up. Neither do the authorities in the hunt for the culprit!

Corona: The proportion of parcel returns is apparently falling – despite... 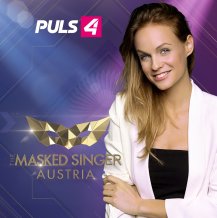