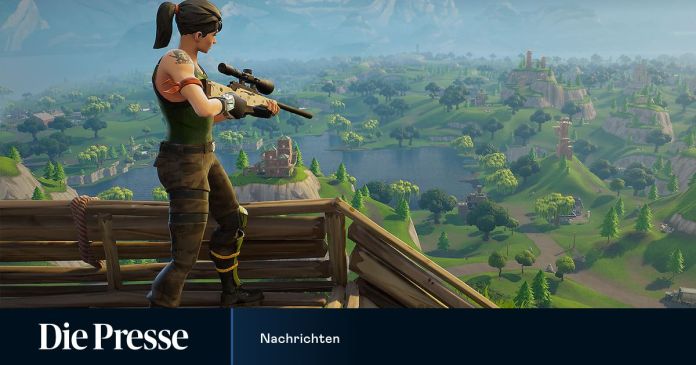 The  game studio behind the mobile game “Fortnite” calls Apple’s business model into question. Apple earns 30 percent on every transaction. Epic is trying to counter this on many fronts.

In the end, it’s all about the money. While the dispute between Facebook and the local government seems to be put aside in Australia for the time being, the game studio of the hit “Fortnite” does not want to back down. Trying to fight his app store with Apple To carry it to Great Britain has failed for the time being.

The  UK competition court dismissed a lawsuit from Epic Games on Monday.

The  judge ruled that the Competition Appeal Tribunal had no jurisdiction and that the lawsuit had to be fought in the United States. A similar lawsuit against Google however, he partially allowed. A decision by the EU Commission is still pending.

The  background: In August last year, a dispute broke out between Epic Games and Apple over Fortnite.

The  studio no longer wanted to adhere to the applicable requirements, according to which Apple records every single sale, including in-app transactions. Apple always earns 30 percent from it. But they no longer wanted to accept this and tried to bypass these in-app purchases and instead operate their own app store on the iPhone.

After the US iPhone group rejected changes to the terms and conditions, the Epic developers built into the app the contractually prohibited option of being able to buy the items directly from Epic. For this purpose, a hidden function was activated in the application in August, the Epic on the app reviewers of Apple had smuggled past.

Threw the same day Apple “Fortnite” with reference to the rule violation from the App Store. Epic immediately went to court and accused Apple unfair competition. Apple demands damages in a counterclaim.

Epic also introduced its own payment method in the “Fortnite” app for smartphones with the Google– Android operating system. Also Google

The reupon banned the app from its download platform Play Store. Unlike on iPhones, Android users can also download them from other sources.

Which dating apps are popular with singles?

Scrap lies on the banks of the Main in Frankfurt

Offenbach am Main: Danger on A 661 between Neu-Isenburg and Offenbach-Taunusring...

These men helped Grosjean out of the flames