It was a gala performance by Borussia Dortmund against FC Schalke 04. But especially by Erling Haaland. After his “best goal in the Bundesliga”, the 20-year-old was initially amazed at his freedom.
“I was surprised that the defender was so far away,” said the Norwegian after his spectacular side pull in the 4-0 win in the 180th Revierderby against relegation-threatened arch rivals.
Bundesliga

Derby dismantling: Even the BVB stars suffer with Schalke

His moment of weightlessness will be remembered from the last Ruhrpott classic in the Bundesliga. Haaland, who scored his 27th goal in the 25th competitive game of the season shortly before the end, made his mark on the game.

The  “absolute goal machine”, as captain Marco Reus called the 20-year-old, had little resistance against the again terrifyingly weak Schalke team. Bastian Oczipka, who was on the pitch for the temporarily injured Rio World Champion Shkodran Mustafi, didn’t just let him out of sight at Dortmund’s 2-0.

In the focus of the top clubs

In contrast, blondes are always in the focus of the top clubs in Europe.

The  attacker’s contract with BVB will run until 2024. An exit clause, which is rumored to amount to more than 100 million euros, will only apply from 2022.

So Haaland has some time to develop further. And according to his trainer Edin Terzic, he can still work on himself.

When asked “Sky” what exactly he had to do better, Terzic replied: “

The  fact that it hits the first post could be better. That

The  goal is of course excellent. I’ll be honest: we bought the goal in January last year. “

Should he improve in these areas at BVB, Haaland is well on the way to becoming one of the best strikers in the world. It’s an exciting journey ahead of him.

This is how Flick analyzes Bayern’s defeat in Frankfurt

The lonely howl of the blind zoo wolf – BZ Berlin

Mask-muffle with Covid-19 in clinic

So far, the largest outbreak in the capital: 23 corona deaths... 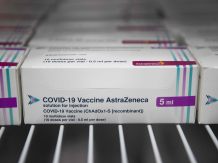 Most freed from the table – Wiener Zeitung Online 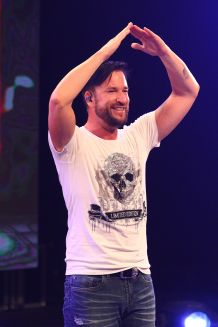