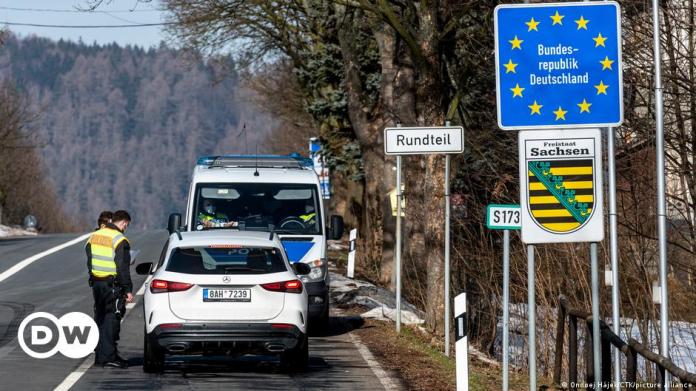 Several regulations are disproportionate or unfounded, writes the EU Commission in a letter of complaint to the German EU ambassador Michael Clauss in Brussels. “We believe that Germany’s understandable goal – the protection of public health in a pandemic – could be achieved through less restrictive measures.”  The  paper from Monday is available to the German Press Agency.

The  EU Commission now expects a response within ten working days. In theory, it could initiate legal proceedings against Germany, but this is unlikely due to the ongoing pandemic. Similar letters were sent to Belgium, Hungary, Denmark, Sweden and Finland, with whose border protection measures the EU Commission also does not agree. At the urging of the EU Commission, the European Ministers of the EU states are discussing the procedure at internal borders this Tuesday.

The  Czech Republic, Slovakia and Tyrol have been considered areas with particularly dangerous virus mutations in Germany since February 14th. With a few exceptions, entry is therefore prohibited. From the point of view of Federal Interior Minister Horst Seehofer, the border controls initially scheduled for ten days should be extended.

In the four-page letter, the EU Commission warns, among other things, of information on the basis on which the Czech Republic and Slovakia were declared areas of change.

The  authority is also dissatisfied with the exceptions to the entry ban. For families living across borders, for example, there is no exception. In addition, it seems that members of the EU parliament or members of the government are not allowed to cross Germany to take part in EU meetings.

The  Commission also criticizes the requirements for truck drivers.

The se would have to present a corona test that is no more than 48 hours old if they had only crossed the variant areas.

The  recommendations of the EU states, on the other hand, stipulate that transport workers generally do not have to take a test – and if they do, it should be a quick test.

The  federal government vehemently rejects the EU Commission’s allegations about the tightened entry rules. What has been done is in accordance with the Schengen Agreement, said the Minister of State for Europe in the Foreign Office, Michael Roth, on the sidelines of a video conference with EU colleagues. One adheres to EU law.

The  SPD politician emphasized that the decision on this was very difficult for the federal government. “But we have an obligation to deal with a virus mutation in such a way that the protection of our citizens has top priority.” 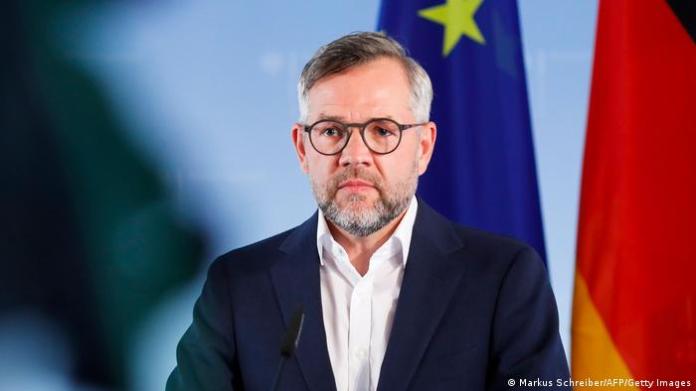 Minister of State Michael Roth objects to the EU Commission

The  Schengen Agreement is actually intended to ensure that the common internal borders of member states can be crossed at any point without personal control. Exceptions are possible in particularly dangerous situations.

Talks about the border with France

And what about the German-French border?

The  federal government, the federal states and the French government are discussing this Tuesday on how border controls or even the closure of crossings at the common border can be prevented.

The  French European Minister Clément Beaune referred to a video link with the Prime Ministers of Saarland and Rhineland-Palatinate, Tobias Hans and Malu Dreyer.

The  German state chiefs had declared that they wanted to prevent German border controls such as those to the Czech Republic and Tyrol.

The  background to the debate is the detection of the virus variant found in South Africa in the French region of Moselle near the border and concerns about spreading to Germany.

Government spokesman Steffen Seibert announced “very timely” talks on Monday. In government circles in Berlin it is said that they want to avoid border controls with France like 2020, also because this would have negative political symbolism. On the German side, however, complaints are being made that decisions in the French border region are being made too centralistically in Paris, making cross-border agreements to contain the corona pandemic at local or regional level difficult.

Relaxation on the English Channel

Meanwhile, relaxation is emerging on another borderline. For numerous truck drivers who cross the English Channel from Great Britain to France, there is no longer a compulsory corona test.

The  relaxation takes effect if the drivers have previously been less than 48 hours in the United Kingdom, as the French Interior Ministry confirmed to the German press agency.

The  Ministry of Transport in London had previously announced that the test requirement would remain in place if you continued your journey to Germany, Denmark or the Netherlands.

For many drivers, the measure should mean a significant relief, as they usually drive with freight from the EU to Great Britain, load other goods there and drive back to the continent via France. In view of the mandatory corona tests, a number of companies had initially completely suspended their trips to the kingdom.

France had introduced compulsory testing after the occurrence of the more contagious Corona variant B.1.1.7 became known in Great Britain shortly before Christmas. For days this resulted in queues for miles with thousands of trucks stuck, as all drivers had to be tested for Corona one by one. Some had to spend the Christmas holidays stuck in traffic. Because of the Corona crisis, France closed its borders with countries outside the EU at the end of January. However, there are exceptions for cross-border workers.

Corona: FFP2 fiasco across Germany? Millions of masks have probably not been tested for aerosol particles at all

Winners, losers and wonders of the Formula 1 season – Formula...

Schlager: Helene Fischer surprises with a confession – that’s how her...

Real markets could go to Kaufland, Edeka, Rewe or Hit

Euro countries want to produce coins on a large scale

Months in the hospital – Schremser got Covid after legionella