“With the new agreement with the European Commission, we should now be able to deliver enough vaccine doses to vaccinate at least 250 million Europeans before the end of the year,” Pfizer boss Albert Bourla said on Wednesday. According to a spokesman, the EU Commission had already passed the contract last week. Of the additional 200 million vaccine doses for 2021, around 75 million doses are expected to be delivered in the second quarter.

In January it became known that negotiations were taking place with the two companies for further deliveries of up to 300 million cans. This includes an option to order an additional 100 million cans.  The  new agreement complements the contract concluded last year for 300 million cans, which the EU has already been promised for 2021.

Lockdown is to be extended until April – SWR Aktuell

Playing “stress” with Messi is too much for some players –...

Hard corona lockdown: Travel, visits to relatives and quarantine – you...

Berlin S-Bahn train of the new series broke down – BZ... 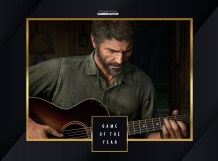