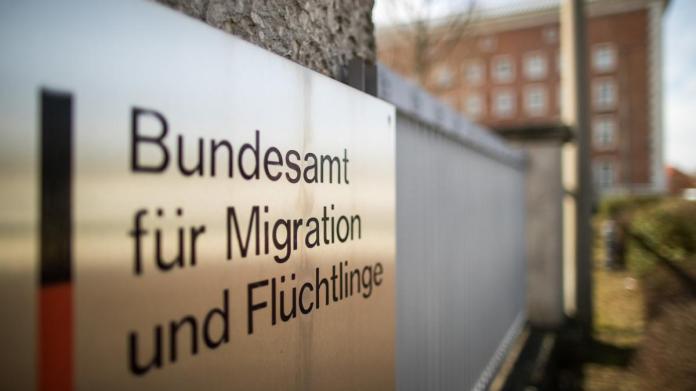 Gut half of the adult asylum seekers did not present any documents in the past year that unequivocally prove their origin, name and date of birth. “In 2020, the proportion of first-time asylum applicants from the age of 18 without identity papers was 51.8 percent,” says a response from the Federal Ministry of the Interior to a written question from FDP domestic politician Linda Teuteberg.

In the previous year, around 49 percent of adult applicants without papers presented to the Federal Office for Migration and Refugees (Bamf). In 2017 – the first for which statistics on the submission of identity papers were compiled in Bamf – almost 61 percent of all asylum seekers aged 18 and over had no documents with them.

In an earlier answer to a parliamentary question, the federal government had given various possible reasons for the lack of identity papers: for example, problems in the registration system in the country of origin, the loss of documents while fleeing, the collection of papers by smugglers. Some of the applicants also deliberately dispose of their papers – sometimes on the advice of smugglers “in order to supposedly increase the chances in the asylum procedure”.

Enormously increased chance of staying in case of unclear identity

The re are several reasons why asylum seekers have been arriving here without identity papers for many years. Among them are people who are actually from the few regions where birth certificates or other identity documents are still not issued.

The y also include immigrants who had to leave their papers behind while fleeing or who later lost them.

Often, however, there is likely to be intent behind this – at least that is what many experts with whom WELT spoke about the problem in recent years assume. This can seldom be proven, however, because the circumstantial situation is very difficult. It is true, for example, that feces from aircraft toilets are regularly emptied and searched because there are frequent passports that have been thrown away by passengers. In the majority of cases, however, it can hardly be proven that a person without documents consciously caused the lack of papers himself.

What we do know, however, is that an unclear identity increases the chances of staying there enormously. A rejected asylum seeker can only be deported if his or her country of origin recognizes him as his own citizen. As long as the country of origin doubts this – be it because it does not want to take it back or because it actually does not know it if the asylum seeker has deceived – the rejected asylum seeker (or foreigner who is obliged to leave the country for other reasons) usually receives a tolerance.

Most often, Africans arrive here without a passport, passport replacement paper or other identity document; among the adult first-time asylum applicants in 2019 from Nigeria and Somalia, according to a list by the Federal Ministry of the Interior, around 95 percent, 98 percent of Gambier were without any paper. Also mostly traveling without a passport: Pakistanis (81 percent) and Afghans (78 percent).

It is noteworthy that 21 percent of adult Turkish applicants in 2019 did not have any documents with them. Even with such a NATO member state and EU candidate country, the identification and procurement of the papers causes considerable problems.

The  number of first-time asylum applications has fallen

According to the federal government, the Bamf checked a total of 190,608 identity documents from asylum seekers for authenticity in 2020. When asked how many applicants with forged documents applied for asylum in the past year, the government said that 4488 documents had been objected to by the Bamf inspection agency. This corresponds to a share of 2.36 percent.

However, the Ministry of the Interior pointed out that in some cases several documents from an applicant are being examined. Conclusions about the exact number of those who submit false papers cannot be drawn from this percentage.

Last year 102,581 foreigners applied for asylum in Germany for the first time.

The se included 26,520 applications for protection relating to children born in Germany under the age of one year.

The  number of applications was significantly lower than in the previous year – also due to the corona pandemic. In 2019, the Bamf received 142 509 asylum applications.

Unclear identities made it much more difficult to make an appropriate decision in the asylum procedure, regardless of why someone could not produce any papers, said Teuteberg. To make progress here, a better European data comparison would be necessary – also for security reasons.

13 of the 72 Syrian Islamists whose cases were discussed by the federal and state governments in the so-called AG Status of the Joint Counter-Terrorism Center in 2020 also have no identification documents. However, according to the Federal Ministry of the Interior, there is still no doubt as to their identity.

The  task of the working group for “status law accompanying measures” is to promote the termination of residence for foreigners with an “Islamist-terrorist background”.

Disclosure interview with Harry and Meghan: So much money goes to TV rights

Trends, results and analyzes – failure for the E-ID law: Is there a need for a state solution after all? – News 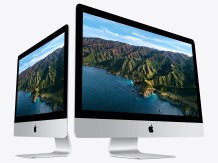 Top of the line iMac will be discontinued soon

According to initial projections, Swiss vote in favor of a ban on concealment

The last qualifying of the year in chronology

WhatsApp is switched off on these phones Buy PS5 from Otto: The current status and alternatives