Jasmin Tawil’s pride and joy is her son Ocean, who is almost two years old. No wonder, because the toddler is full of talents. He was able to run even before his first birthday, and now he’s babbling in three different languages.

It has been quiet around Jasmin Tawil (38) for months.  The  ex-GZSZ actress seems to have turned away from social media and turned to “the real” life. But every now and then she shares insights into her life with her son Ocean (1). It will be 2 in June and let’s put it this way – the little one has a lot going for it. Even before his first birthday, he was darting around trying to climb climbing frames. Now he is apparently curious to speak and so he babbles everything after his mom. In three different languages, the “hello” sits very well with the little boy.

We show you the eloquent son of the actress in the video above!

Last year Jasmin Tawil made headlines because she flew back to Germany after more than five years in the USA – in the middle of the pandemic. But now she seems to have turned her back on her new adopted home Brandenburg, because in January you suddenly saw green trees and Spanish lettering on her Instagram account.

Where could Jasmin have ended up? We looked for clues in the video:

Premier League, Manchester Derby: United vs. City – Once upon...

After 10 shows, these 11 finalists fight for victory 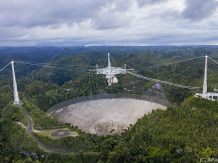 Pfizer can only deliver half of the planned vaccine – coronavirus

That changes with Luka Jovic