A fire department spokesman said there was an explosion in the apartment on the second floor of an apartment building on Saturday afternoon in Mertensstrasse in Hakenfelde.

When the emergency services arrived, the apartment burned in full.

First, a person was found with severe burn injuries, three other people were injured more easily according to initial findings.

The  flames spread from the second to the third floor, said the spokesman.

After 7 p.m. it was said that the fire fighting would continue after the explosion and the subsequent fire.

The  four injured were taken to hospitals. A total of four apartments are affected by the fire.

The  fire brigade is on site with around 100 volunteers and professional fire fighters.

The  affected house and the neighboring house are blocked by the building supervision.

The  residents are housed elsewhere.

Car: Buy a used car! Beware of nasty scams – the cases in Germany are increasing

Rescue negotiations at Takko failed for the time being 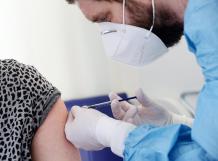 Red-red-green in Berlin argues about the headscarf: Greens and leftists accuse... 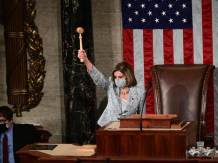 ROUNDUP: Dispute about the main plant – Daimler threatens to relocate...