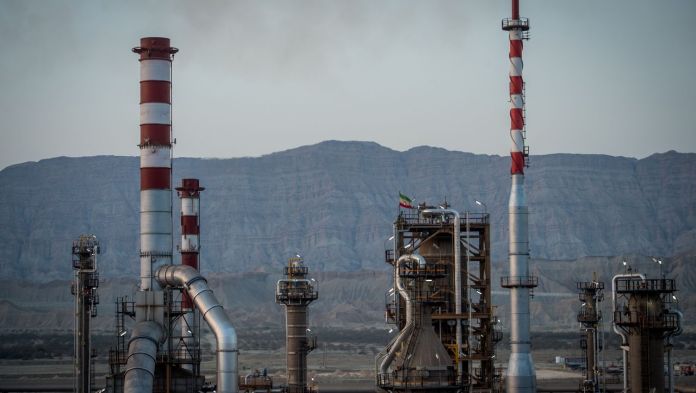 Climate change is making the world more unsafe. Conflicts over the distribution of scarce resources are increasing. Water shortages, droughts, flooding of coastal regions, refugee movements, through to military conflicts and terror – all these dangers have been known for a long time. John Kerry, the former US Secretary of State and today’s climate commissioner for the Biden government, has emphasized it again these days.  The  warming of the atmosphere is one of the “most complex security problems we have ever faced,” he said at the Munich Security Conference. Tensions are growing – “the glow of the conflict” is being kindled.
Unfortunately, this does not mean that climate protection per se ensures relaxation. On the contrary:

The  exit from fossil fuels will not initially create a more peaceful world, but rather create tension. Distribution conflicts are increasing. Systems of rule come under pressure. Entire regions of the world are threatened with destabilization. Developments that will also affect Europe’s security situation. However, an EU strategy for dealing with the new imponderables has not yet been identified (pay attention Friday at the EU summit on foreign and security policy).

None of this speaks against a resolute climate policy. But we should keep the associated risks and side effects on our radar, while protecting the earth’s atmosphere is once again at the top of the international political agenda:
Tuesday advises the UN Security Council on climate and security issues. At the same time, the next UN Environment Assembly on sustainable development will begin in Nairobi.

The  next climate summit will take place in Glasgow in November; the 2015 Paris Agreement, which the US has just re-acceded, is to be tightened. Bill Gates, Microsoft founder and billionaire activist, has just joined the debate with a new book that is well worth reading and shows a walkable path to a zero-emissions world economy. Financial markets and central banks are struggling to take climate risks into greater account when making investment decisions. No question about it, there is a lot going on in terms of climate policy.

In order to protect the climate, we must stop using oil, gas and coal. While the latter occurs in many places around the globe, oil and gas are concentrated in only a few places. That is why a manageable number of producing countries have specialized in the production and export of these high-energy goods.

The  economy and public finance there depend for the most part on the income from oil and gas exports. When the industrial carbon age comes to an end, the tap is literally turned off.

It is not about rich democracies that also sell energy resources on the side, like the USA, Australia or Norway.

The  situation is becoming problematic for regions of the world that are already tricky: the Persian Gulf, North Africa, Russia and Central Asia. In addition, there are other major producers such as Venezuela, Nigeria and Angola, whose economies are also threatened with running out of fuel.

None of these countries have functioning democratic structures. So far, leading clans and cliques have secured their rule by distributing petro-money among the people. Social conflicts can be pasted up in this way.

The y buy followers, despite corrupt, sometimes liberty-robbing structures, as long as the income is gushing. If the petroleum yields fall, the only remaining option is repression as an instrument to secure rule, which in turn increases the revolutionary pressure in the boiler. A potentially explosive mix.

Venezuela is well advanced on this path. Others threaten to follow suit – with all the social and geopolitical upheavals that come with it.

In a sense, 2020 was a test run for what was in store for the petro-states. As a result of the Corona recession, prices fell rapidly. By the end of April, the oil price had slumped to $ 20 a barrel, then gradually recovered with the brighter economic outlook. It is currently at $ 60. But even this level is not sufficient for many producers: In order to cover their government spending, they need significantly higher prices, as the International Monetary Fund (IMF) has calculated. For a time, as their debt levels rise, they can survive. But if oil and gas prices remain low, a debt spiral threatens in many places.

This is exactly what is to be expected in the course of a resolute turnaround in climate policy: the most important consumer countries, first and foremost China, the USA and the EU, would consume less fossil fuels. Demand is falling, prices are falling. While gross prices are rising in Germany due to higher emissions taxes, net prices are falling on the world market.

Algeria and Libya would need oil prices of over $ 120 per barrel this year to finance their national budgets. Iran, battered by the mullah regime and sanctions, would need $ 400 to get its budget under control. Even apart from these extreme cases, the following applies: Most of the producing countries cannot cope with the current prices. Saudi Arabia and the Gulf Emirates (exception: Qatar), Oman, Kazakhstan and Azerbaijan – according to IMF calculations, they all need more than 60 US dollars per oil barrel in order to remain fiscally maneuverable over the long term.

The  problem of many producing countries in Iraq can be seen as an example. In order to pacify the country torn by war, civil war and IS terrorism, the state hired a large number of people. More than a third of all employees are on public payrolls. All of this is financed with petro-sales, which make up the majority of government revenues. Around half of the oil revenues have flowed into the wages of public employees in recent years.

The  state only invested when oil prices were high, and even then funds mainly went to the oil sector. Other productive activities can hardly arise in this way.

The  government in Baghdad works like this: With an oil price of around 50 dollars per barrel, it would probably be just enough for the state budget in the coming years. Any distortion on the international markets could have serious effects on the finances of the now heavily indebted state.

Persistent low oil prices will have massive effects on many countries as a result of resolute climate protection. This also applies further south on the Gulf, especially in Saudi Arabia, where a young, growing population is pushing into the labor market, but the public sector is unable to support any more state-employed subjects. Prince Mohammed bin Salman, the ruler of Riyadh, has launched the “Vision 2030” program with which he wants to reduce the desert state’s dependence on oil.

But that is hardly enough, as the IMF recently warned in a report on Saudi Arabia and the other members of the Gulf Cooperation Council (GCC): Because further growth in employment in the state sector is difficult to finance, the system must be reformed in such a way that the private sector can flourish could: improve the gaps in the legal system, curb corruption, increase the poor efficiency of the administration in general. Only: Such reforms would ultimately disempower the absolutist ruling Gulf potentates. Accordingly, the question arises as to how good the chances of success of such advice are.

Russia’s financial position is much stronger. But here too the oil and gas sector makes a large contribution to economic output and government revenues. Around 60 percent of Russia’s exports consist of oil and gas, according to the World Bank.

Vladimir Putin’s government has tried to make the country resilient to falling prices by means of tough austerity measures and the creation of substantial financial reserves. Nevertheless, according to IMF calculations, Russia needs quotations of at least 40 dollars per oil barrel in order to be able to keep its national budget stable over the long term – significantly less than other large producing countries, but possibly too much to be able to survive the climate change era.

The  glow of the conflict

If the world is serious about phasing out fossil fuels, it is not just oil and gas that will fall in price on the world market. Goods that are produced in a climate-intensive manner, such as products from the chemical industry, aluminum or cement, will also be affected by ecological tariffs, as the EU is already planning.

The  obvious switch to energy-intensive industries would be made more difficult for the petro-states.

The  result could be a social and political destabilization, from which considerable shock waves went around the world, especially in nearby Europe. This applies to the Gulf region, but also to Russia and other states of the former Soviet Union, and to North Africa anyway.

The  states that are resolutely promoting climate protection are facing major political challenges, wrote Kirsten Westphal from the Science and Politics Foundation and the London political scientist Andreas Goldthau in a joint contribution.

The  “fast decarbonizers” would have to prepare for social “tipping points” in the producing countries. Social unrest could sweep some regimes from the scene.

So what? A good thing, one could argue, is that people finally get the chance for a new democratic beginning: where oligarchies have previously been able to suppress the people with petro-billions, freedom and the rule of law would enter. A great perspective. However, the question remains of what these countries should live on after the fossil fuel age. And various examples show that regime changes in petro-states rarely succeed without bloodshed – and that the West has so far not done a good job (see Iraq and Libya).

We need, it seems, not only effective strategies against global warming, but also a plan for the geopolitical side effects of decarbonization. Granted, that is easier written down than done.

The  return of the US, which has been tried and tested in global strategy, is all the more welcome in the climate consensus after the bad Trump years. With a Washington dominated by Joe Biden, the “embers of the conflict” (John Kerry) may be easier to contain. 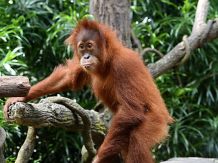 Accident on the A5 towards Frankfurt: eight cars damaged | ...