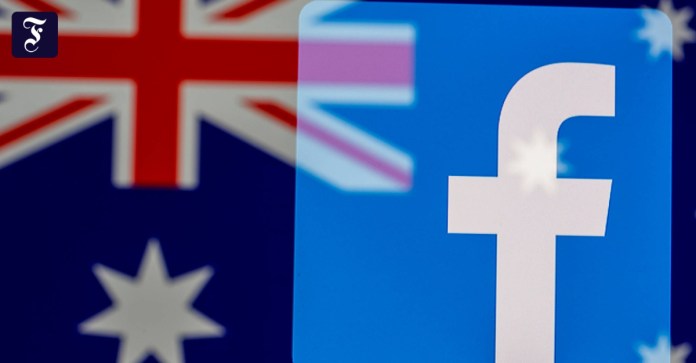 Aaustralia and facebook have reached an agreement. In “the next few days” the American company will open its pages again for news from Australia, said the government in Canberra. The Australian Chancellor of the Exchequer Josh Frydenberg said at noon that Facebook would give up its blockade – but he has not yet given a date. Since Thursday last week, the group has been preventing its users from sending Australian messages via their pages. Facebook had also blocked a number of pages from institutions and aid organizations at the same time, but after fierce protests, many of them were later allowed again.

The dispute concerns the government’s decision to force Internet companies to pay publishers if they distribute their content. For its part, Google threatened to shut down its search engine in Australia, but after lengthy negotiations, it reached an agreement with the first publishers. At the same time, competitor Microsoft put pressure on it because it offered the Australians its search engine Bing as a replacement.

Facebook, however, insisted on having a completely different business model. The government’s rules did not suit the company, which is why it ultimately withdrew from the market. This led to a storm of protest around the world. Among other things, Canada and Great Britain announced that they in turn want to set similar barriers to the Internet giants. In Australia, the demand for alternative platforms has increased in the past few days – Litt alone booked more than 15,000 new users shortly after the blockade by Facebook.

On Tuesday, the Australian head of Facebook, Will Easton, said he was “delighted” with the agreement with the government and spoke of “constructive discussions” with Frydenberg – the minister had telephoned Facebook founder Mark Zuckerberg several times on Monday and Tuesday morning . “We are pleased that the Australian government has approved a number of changes and warranties that address our core concerns about allowing commercial deals, the value our platform brings to publishers and the value we get from them. acknowledge, ”said Facebook.

What seems to be meant by this is that the government, under pressure from Facebook, agrees to amendments to the laws: Frydenberg stated that they will now inform an Internet platform of the mandatory payment at least one month before the onset of payment and allow mediation for up to two months. Calling an arbitration tribunal to determine the amount that the internet company has to pay the publishers is only the “very last resort” if both sides fail to reach a commercial agreement. “These adjustments further increase the pressure on the parties to come to an agreement in commercial negotiations before the code goes into effect,” said Frydenberg.

Six hours of protest on the outskirts of Berlin: Corona critics...

People and animals living in the same place behave similarly

“I don’t fit any more clothes”