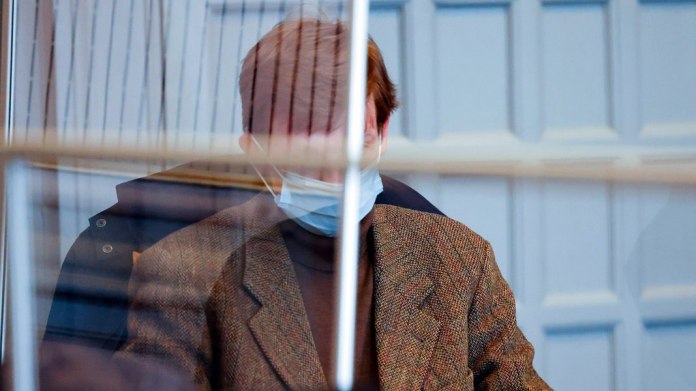 He is said to have faked his death to get insurance sums in the millions for his wife and mother.

The  Kiel district court sentenced the main defendant, a 53-year-old, to a suspended sentence on Wednesday.

The  man was given a year and nine months and his co-accused wife was sentenced to one year probation.

The  case against the mother was cut off because of health problems.

The  public prosecutor’s office had demanded several years’ imprisonment for the couple in 14 cases for attempted insurance fraud, and the defense lawyers had pleaded for acquittal.

The  5th Large Criminal Chamber of the Kiel Regional Court saw the offense of attempted fraud as fulfilled in only one of the 14 accused cases. In the other 13 cases, the presiding judge felt that preparations to commit fraud remained. And: Preparations are not punishable. In his judgment, the judge made it clear that the defendant was the driving force behind the project and that his wife and elderly mother were involved.

The  53-year-old defendant is given a suspended sentence.

The  line between trial and preparation is difficult to draw, said Chief Prosecutor Michael Bimler after the verdict was announced. In his view, this limit had been exceeded from the moment the insurance companies reported the alleged death of the man. Because of this, the public prosecutor’s office announced that it would challenge the judgment, which was not yet final.

Faked death in a boat accident

According to the public prosecutor’s office, the couple had a sophisticated plan:

The  man faked his death in a boat accident – his wife and mother collect more than four million euros from life insurance. But the plan failed.

The  police found the accused alive in his mother’s attic in Lower Saxony.

He is said to have faked his death – the main defendant was given a suspended sentence of one year and nine months. 2 min

It’s about insurance fraud in the millions:

The  main defendant is released after the decision of the Kiel Regional Court. more

It’s about millions of dollars in insurance fraud.

The  prosecutor requested four years in prison for the accused. more

In 2021, internet users should no longer fall into these cyber...

How the coronavirus gets into the brain and what happens there

First CoV vaccinations away from the public

Mercedes launch in the video: Is Lewis Hamilton still in the...

The 95th birthday of Queen Elizabeth II putties the trenches at...