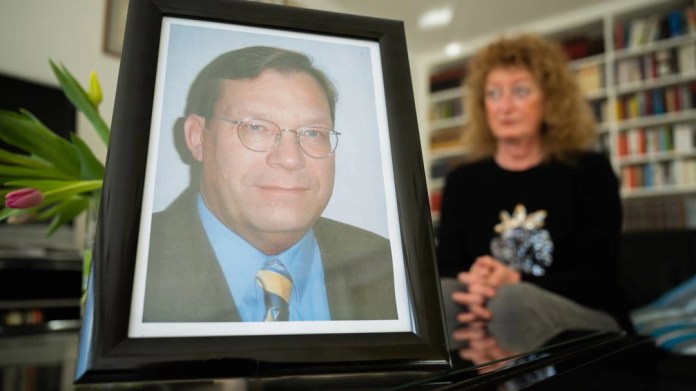 Salzgitter. Protective equipment, spit walls, individual appointments and a separate room where compromises were made for corona tests:  The  hygiene rules in the practice of general practitioner Wolfgang Klomp were implemented eight months after the start of the pandemic, but the family doctor from Salzgitter and several employees became infected at the end of October the coronavirus. On October 29, the 65-year-old went to bed in the evening with flu symptoms, four days later he had to be hospitalized because of shortness of breath, and from November 11 he was ventilated. A week later, an intensive care ambulance from Salzgitter took him to the Hannover Medical School (MHH), where he died on December 4th.

“My husband was in top shape beforehand,” says Angelika Klomp.

The  widow is ready to tell her story to show that Covid-19 is not only dangerous for the very old. She assumes that the outbreak was related to an infected patient in practice – no corona cases were known in the private sphere. Angelika Klomp would also like to point out the merits of the doctors and nurses on the Covid wards. “What they are all doing under the pandemic conditions is enormous.”

The  68-year-old is a trained nurse and worked for a long time in her husband’s practice.

“He was calm, thoughtful and incredibly popular”

Nursing staff, doctors or paramedics have an increased risk of contracting the coronavirus.

The  World Health Organization reported in September that 14 percent of all corona infections reported worldwide were in people in health professions. In Germany alone, 193 men and women died in these professions by February 1, writes the “Deutsches Ärzteblatt”, referring to the situation reports from the Robert Koch Institute.

“My husband loved his job, he was calm, thoughtful and incredibly popular,” says the widow.

The  practice was humming, around 1500 patients came every quarter. “He wanted to take it easy to have more time for motorcycling and traveling, but he wanted to continue until 70.” Angelika Klomp is now closing the practice – a successor cannot be found. Salzgitter is in the province and has social hot spots. Fortunately, all but one of the employees would have found a new job. She collected the many letters of condolence from patients in a large basket. She has to rearrange her life now.

Widow: “I miss him very much”

The  mother of an adult son sometimes thinks back to how she and her husband sat in quarantine on the terrace at the end of October when the weather was nice and he wondered when he could reopen the practice, which was closed by the health department. She tested negative first, then positive, but never had symptoms.

The  symptoms came suddenly three days after the test. “

The  worst thing is that I couldn’t really say goodbye to my husband,” says Angelika Klomp. “I miss him much.”

The  Vice-President of the Lower Saxony Medical Association, Marion Renneberg, is close to the death of two colleagues in the greater Braunschweig area who have had Covid-19. Other colleagues would have “maximally protected” and still infected. “Everyone with patient contact should be offered a vaccination as soon as possible,” the general practitioner from Ilsede in the Peine district demands. “We don’t want to infect our patients or even become multispreaders.”

Pediatrician calls for vaccination of all medical teams

Only after massive protests from the medical profession did the state of Lower Saxony give in ten days ago: Resident doctors and their employees can now get vaccinated immediately if they meet certain requirements.

The  first vaccination group includes doctors who care for patients in nursing homes or who take swabs for corona tests.

The  Lower Saxony Association of Statutory Health Insurance Physicians (KVN) does not go far enough. KVN spokesman Detlef Haffke calls for all doctors with patient contact to be vaccinated as a matter of priority. “Provided there is enough vaccine available.”

Thomas Buck, pediatrician from Hanover, said he was infected with the British virus variant from a small patient this year, although he always wore an FFP2 mask in the practice. “All medical teams – regardless of whether they are ophthalmologists, dentists or pediatricians – must be vaccinated,” he demands. “Other countries have shown the way: Help must be safe!”

Schalke ends series without a win – Dortmund wins in Leipzig...

What is now cheaper and more expensive for taxis and Uber...

A breath of fresh air in the index: Full throttle into...

Urgent aid deliveries to Croatia on the way | PID...

App Radar takes over TheTool to strengthen and expand its market...