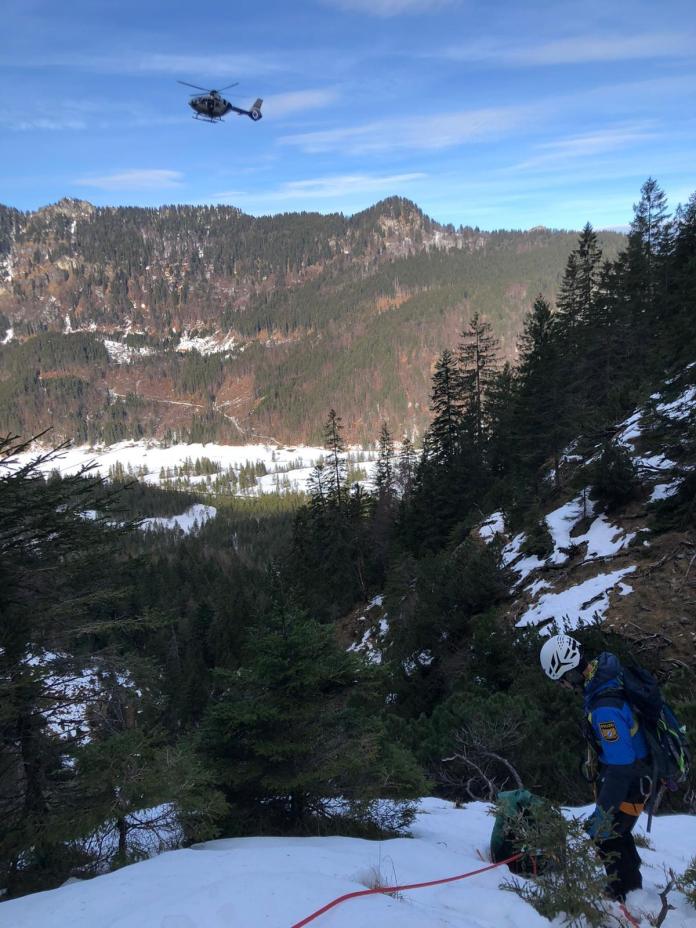 The  mortal remains of a hiker who had been missing for years have now been recovered in the Ammergau Alps. As the police reported on Thursday, it is a man from Altötting. He was last seen almost three years ago.

Missed for two and a half years

The  32-year-old left his apartment at the end of April 2018 and has since disappeared without a trace. A few days later his car was discovered in a parking lot for hikers in the Graswang Valley. A search was unsuccessful.

Last November, hikers discovered a human bone in the creek bed of the Großkargraben near the Ettaler Mühle. Through the autopsy he could be assigned to the missing Altöttinger, the relatives were informed of his fate. But no further remains have been found in the streambed and the surrounding area – until now.

Difficult recovery of a chance find

In January, a police officer discovered frozen clothing and bones while ice climbing an icy waterfall on the north side of the Notkarspitze. Rescue was initially not possible. Bone parts picked from the ice could also be assigned to Altöttinger, who had an accident in 2018.

The  thaw only made it possible to rescue it a few days ago.

The  police and mountain rescue services had to set bolts and attach rope insurance to get to the body. He was buried under two meters of avalanche snow.

According to the police, the hiker is likely to have got lost and crashed while descending from the Notkarspitze.

The  water of the Great Kargraben transported him to the later site.

BASF and Eramet are planning in Weda Bay

Verfassungsschutz Bayern: AfD threatens to be classified as a clearly right-wing...