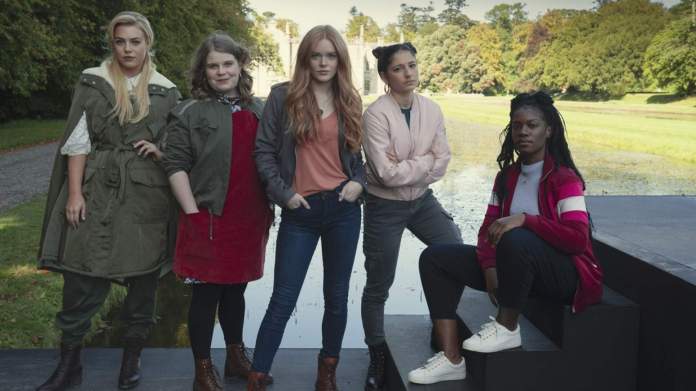 Netflix is ​​bringing another hit into the next round: Fate:

The  Winx Saga is actually just getting started. But now it has already been confirmed that the drama series will get a second season. We’ll tell you what else we have learned about the upcoming replenishment here.

The  Winx Saga is magical:

The  series takes us into a world where fairies actually exist. Many other fantastic beings cavorted in the first season. This contained only 6 episodes and introduces us to the five young main heroines. Stella, Bloom, Musa, Aisha and Terra learn how to keep their skills under control in a magical boarding school. And the five young fairies will urgently need this, because in season 1 they experience all kinds of adventures.

6 episodes are of course quickly seen through. So fans of the Netflix series are all the more looking forward to replenishment soon.

The  good news is that the streaming giant has given the new episodes the green light. Season 2 will of course bring some changes. This time we can expect 8 fresh episodes and thus 2 more than in season 1. Of course, the five main actors will also be there: Hannah van der Westhuysen, Abigail Cowen, Precious Mustapha, Eliot Salt and Elisha Applebaum.

The  Winx Saga ended on an exciting cliffhanger.

The  new episodes should focus particularly on Bloom and her magical training and how the young fairy gets along better with her magical abilities. Rosalind should also have some dark plans for the second season. Filming for Season 2 is slated to begin in Ireland later this year. However, it could take until 2022 for the new episodes to appear on Netflix. We are now showing you the trailer for the first season in our video player below.

Mark Forster von Knossi destroyed with a saying – Did that...