A bad mistake by the substitute goalkeeper costs the next point: Bayer Leverkusen loses sight of the Champions League places.

Niklas Lomb crept off the pitch with his eyes downcast, the slapstick insert still haunted the Bayer Leverkusen substitute goalkeeper – because his fatal air hole had put the Werkself on hold.  The  team of coach Peter Bosz did not get past a 1: 1 (0: 1) at the ailing FC Augsburg and is losing sight of the Champions League places more and more.

The  fact that I messed up like that annoys me brutally,” said Lomb at the DAZN microphone: “Afterwards, the others told me that it could happen, that we are a team.

The y wanted to help me and then they equalized made.”

At the very last second: Edmond Tapsoba (90 + 4.) Saved a point with the last attack. FCA took the lead early on in front of national coach Joachim Löw through Florian Niederlechner (5th). He took advantage of Lomb’s catastrophic mistake in his second league appearance:

The  27-year-old stepped over the ball with a back pass, Niederlechner only had to push into the empty goal.

And so in the end Bayer “even had to be happy about the point when you’re 90 minutes behind,” said veteran Sven Bender, who came back for the first time in three months after a long injury: “We are in a situation that is not easy is, we lack lightness and security. ”

Bayer have not won nine of the twelve competitive games since the turn of the year, so the premier class has moved into the distance for the first time: the ambitious Werkself are five points behind Frankfurt fourth. For FCA and coach Heiko Herrlich, it was an important point after six defeats from seven games in the relegation battle.

After the wild 3: 4 in the Europa League at YB Bern, Bosz made six changes in the starting line-up. Lukas Hradecky, who was stricken again, was replaced by Lomb. Bayer dominated the game, but Lomb’s bad mistake put the guests under pressure early on.

The  Werkself put a lot of pressure on, but only became dangerous once before the break when Patrik Schick didn’t hit the ball properly (41.).

Otherwise there was a lack of speed, ideas and accuracy to undermine the well-staggered FCA defense. Niederlechner had the best chance again in one of the few Augsburg counterattacks. However, he shot over the goal free standing (27th).

After the move, Bayer started more determined. Moussa Diaby failed twice because of Rafal Gikiewicz. On the other hand, the FCA was happy about a penalty kick (54th), but referee Christian Dingert reversed the decision after a video review because of a previous offside position.

Bayer pushed as a result, but often acted too haphazardly.

The  Augsburgers defended passionately and remained dangerous with their occasional counterattacks – in the end Bayer struck anyway.

A stranger destroys the window of a police car

These are the differences between the new hubs

Hanna (85) is the first Saxon woman with a corona vaccination!

Loth has Corona: “Don’t know if I’ll live the day after... 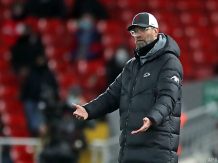 Liverpool couldn’t get beyond a draw against West Brom – football...

Exceptional talent Tash Sultana – ten hours a day on the...