NAfter a number of corona cases in its team, FC Bayern has once again adjusted its corona rules. “That has really been tightened. We are testing every day, there is a test in the morning at seven o’clock on the day of the match, ”reported coach Hansi Flick on this Monday before leaving for the first knockout round of the Champions League at Lazio Rome (Tuesday, 9.00 pm in the FAZ live ticker Champions League and Sky).

“We have to live with that, these are the things that accompany us and may accompany us for a long time,” said Flick. Most recently, the French soccer world champion Benjamin Pavard tested positive for the corona virus. Previously, Thomas Müller, Leon Goretzka and Javi Martínez had to be quarantined after positive corona tests.

“Nobody can foresee or predict whether something will come or whether it will stay there. That would be great because we want a bit of calm to return. It’s not a nice situation for the team and everyone around it, ”said Flick. It is important to wear a mask, keep your distance and wash your hands. Everyone is worried, said the 55-year-old. In addition, there are also people in the supervisory staff who belong to “a certain risk group” and who have to be protected.

“ The re are a lot of rules and a lot of regulations. We have a lot of tests, sometimes several times a day, ”said winger Kingsley Coman. “But that’s part of life. We have to take all these precautions in order to be able to continue playing, to be able to play games. We do everything that is necessary for it. ”

The  26-year-old midfielder will appear in the Munich starting XI for the first time after his corona infection after his 45-minute comeback in the 1: 2 league defeat against Eintracht Frankfurt. “We can bring him from the start. If he calls up the performance like in Frankfurt, that’s good for us, ”said Flick on Monday.

The  slightly battered defender did not take part in the final training session on Monday morning, which the Champions League winner completed on the club’s premises. Flick spoke of a “care day” for Süle. “It is crucial that he can be there tomorrow,” said the coach: “That is the case.”

The  Bundesliga leaders have to do without several top players like Thomas Müller or Serge Gnabry in Rome.

Billion dollar bid for chip suppliers: the next high-tech sell-off?

“Too many Berliners are too undisciplined”: The partial lockdown has the... 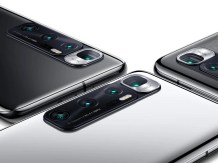 These phones have the best camera

ORF expects a balanced result this year despite the corona crisis