FC Bayern stumbles on. After the defeat in the top game at Eintracht Frankfurt, the lead of the front runner on the pursuers could shrink further. Those responsible speak plain language after the game.

1: 2 in the Bundesliga cracker at Eintracht Frankfurt, the lead over pursuers RB Leipzig could shrink to two points on Sunday, again mixed – FC Bayern doesn’t seem to be in top form at the moment. After the surprising 3: 3 against Arminia Bielefeld on Monday, the German record champions now suffered the next setback.

Goalkeeper Manuel Neuer spoke clearly after the game in Frankfurt: “We didn’t learn from the Bielefeld game,” said the goalkeeper at Sky. “We already did that against Arminia.” As a reminder: Bayern were also down 2-0 against the promoted team, revealing unexpected weaknesses, especially in defense. Neuer continues: “That is not enough against such a team (like Frankfurt, editor’s note).  The re has to be aggressiveness on the pitch right from the start, we have to be wide awake.”

After all: Neuer seemed impressed by the appearance of his team after the break – but struggled with the fact that the first half was overslept. “That was a good picture that we showed in the second half. If we play like this from the start, we are sure to win the game by a certain amount.”

Bayern coach Hansi Flick also agreed: “We got into the game badly,” said the 55-year-old – and agreed with his goalkeeper: “We did better in the second half. If we play like this from the start Today’s winner is Bayern Munich. It wasn’t like that, and we have to live with it. Unfortunately, we weren’t able to convert the chances we had. “

But Flick remains optimistic: “We still have a long season. If everyone is back and we build on the performance from the second half, then we are going in the right direction.”

Ski racer – Schmidhofer’s way back begins after Easter in Tobelbad

Visiting the shop is possible with an appointment from March 8th 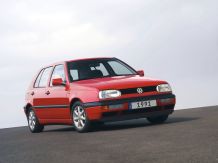 Soon an oldie! Ten new car candidates for the H... 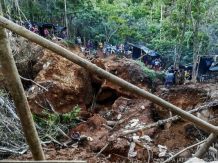 Formula 1: The madness of the Bahraini GP continues