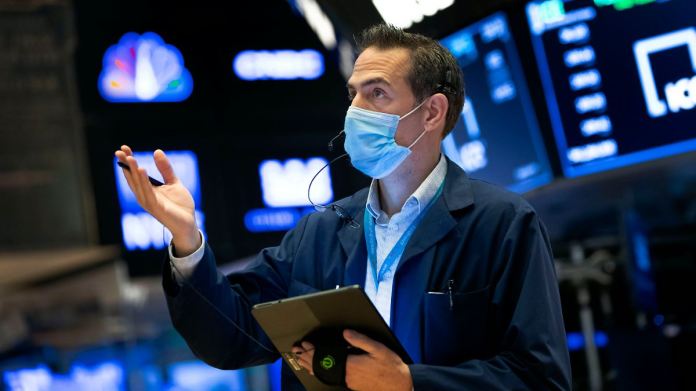 Fears of inflation are around
Wall Street worries about overheating

The  commodity markets are picking up strongly and that is fueling the fear of inflation on Wall Street. Investors flee in droves from the tech stocks that are used to success. Only the Dow briefly managed to beat its Friday high again.

The  rally is not over.

For fear of over-valuing high-growth technology stocks, the indices on the New York Nasdaq stock exchange lost out. So it sagged Nasdaq 100 by 2.63 percent to 13,223.7 points. When inflation expectations suddenly picked up and interest rates rose, investors fled those stocks that had done best, said analyst Jochen Stanzl from broker CMC Markets, explaining the wave of profit-taking in the technology sector.

The  leading index did significantly better Dow Jones Industrial, which surpassed its record high on Friday. At the end of the day it was only enough for an increase of 0.09 percent to 31,521.6 points.

“Investors are preparing for a surge in inflation,” said Sam Stovall, chief investment strategist at CFRA research firm. High-growth stocks benefited from low interest rates, so rising financing costs made these companies less attractive. Selling on the bond market temporarily pushed the yield on ten-year T-bonds to a twelve-month high of 1.394 percent.

The  first is the ultra-loose monetary policy of the central banks and the second the rising prices for raw materials, especially oil.

The  US variety WTI gained a good three percent to 61.05 dollars per barrel (159 liters) and was around 70 percent more expensive than at the beginning of November 2020. Speculation that demand from the world’s largest buyer, China, increased the price of the industrial metal copper to a nine and a half year high of $ 9,269.50 a ton. That also serves as protection against inflation Gold advanced 1.5 percent to $ 1809 a troy ounce (31.1 grams).

Some investors also resorted to “digital gold” Bitcoin and helped the oldest and most important cyber currency to a record high of $ 58,445.23. Onset of profit-taking pushed the price down to $ 52,084 by the evening. “But this does not mean an end to the rally,” said analyst Timo Emden from Emden Research. Bargain hunters could take advantage of the hour. Initially, however, values ​​flew out of the market parallel to the falling Bitcoin price Cryptocurrency sector and companies that deal with the blockchain technology underlying Bitcoin & Co, from the depots. So the papers fell off Riot, Marathon, Overstock and Silvergate on Wall Street by up to 16 percent.

The  papers of Goodyear on the other hand headed towards the largest daily profit in the company’s history with an increase of almost a good 26 percent.

The  tire manufacturer is taking over the higher-margin competitor Cooper Tire for 2.8 billion dollars. In addition, the US group is doubling its market share in the important growth market of China.

CooperStocks posted the largest price jump in almost eight years with a plus of more than 30 percent and reached a record high of 57.66 dollars. At the same time, the papers rose from Gamestop by almost 20 percent. According to a post on the Internet platform Reddit, the YouTuber “Roaring Kitty”, whose real name is Keith Patrick Gill, bought another 50,000 shares in the US video game retailer. “Roaring Kitty” has been drumming for the purchase of GameStop shares for a long time and plays an important role in the price capers of the stocks in January.

Truck accident on the B1 – 450 liters of diesel leaked

Big muesli recall in Germany: residues can lead to coma 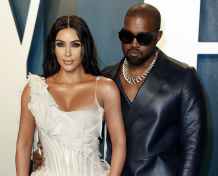 Also in Germany: 30 nurses from a hospital report sick after...