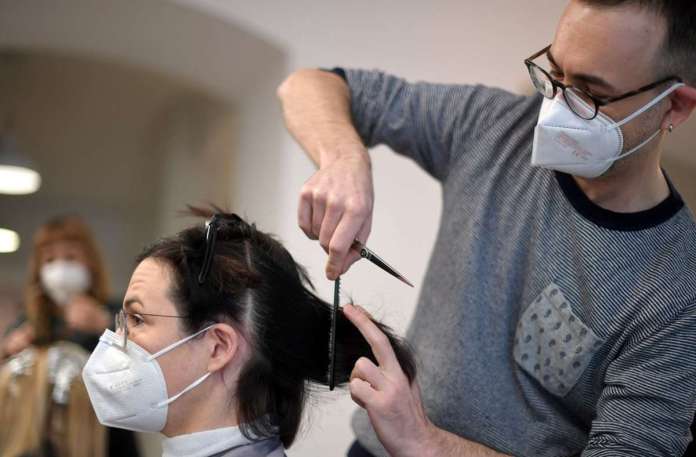 Unlike the Chancellery, the federal states initially only want to extend the corona lockdown until March 7th. That emerges from a working paper. Accordingly, hairdressers could possibly open in February.

Berlin – In contrast to the Chancellery, the federal states initially only want to extend the corona lockdown until March 7, and hairdressers may still open in February. This emerges from a working paper on which the Prime Ministers agreed on Wednesday in their preliminary meeting for the video conference with Chancellor Angela Merkel (CDU). It is as of 2:15 p.m. and has not yet been coordinated with the federal government.

The  date mentioned is also noted in square brackets, which means that this point has not yet been decided. In the draft of the Chancellery, a lockdown extension until March 14th was noted.

Also interesting: How the vaccine against the coronavirus works

As in the draft of the paper sent from the Chancellery that morning, the federal states should be given a free hand to open schools and daycare centers. “Within the framework of their cultural sovereignty, the federal states decide on the gradual return to face-to-face teaching and the expansion of child day care services,” it says.

For hairdressers and, if necessary, other offers of “hygienically necessary, body-friendly services”, the state paper suggests opening on February 22nd. Here, too, the exact date is still in square brackets.

The  reason for the priority given to hairdressers is further stated: “Against the background of the importance of hairdressers for personal hygiene and the fact that they have been closed for a long time, it appears necessary to enable them to be used, since considerable parts of the population, especially the elderly, are on these are instructed. ”

Family quarrel in Moers – shots at the Bethanien Hospital

Paris and Leipzig under pressure in Champions League – football –