Against the background of stagnating infection numbers and the impending school openings, the discussion about new vaccination strategies is getting louder. Several countries are pressing for the staff of daycare centers and primary schools to be vaccinated much faster than previously planned. Federal Minister of Health Jens Spahn and Federal Minister of Education Anja Karliczek (both CDU) support the initiative.

For this, however, the current vaccination ordinance would have to be changed. This is controversial within the Union. Karin Maag, the health policy spokeswoman for the CDU / CSU parliamentary group, refuses to change anything in the vaccination sequence. “We did well to have largely adopted the recommendations of the Standing Vaccination Commission,” said Maag der Süddeutsche Zeitung. Otherwise, in such deficiency situations, one “has to make very difficult considerations”.  The re are many other employees in other institutions that are important to the state, such as the police and fire services. “It helps to follow the advice of scientists and experts,” said Maag.

On Monday, elementary school students in ten federal states are expected to return to schools and daycare centers will start taking more children into care. In the vaccination sequence in Germany, three large groups have been determined, daycare and elementary school employees are currently in group three and their turn would be in May at the earliest. Spahn said at the weekend that it is socially very important that daycare centers and primary schools can reopen. But because the necessary distance is not possible there, they want to move the employees quickly into group two and offer them a vaccination earlier.

However, in view of the school opening hours on Monday, this is not going fast enough for some countries.

The y are demanding a clear statement from Spahn, “otherwise it will be tattered”.

The  number of corona cases has only fallen slowly recently.

The y even went up again at the weekend.

The  situation is made more difficult by the fact that the vaccinations are still running slowly and the recently approved vaccine from Astra Zeneca apparently has some acceptance problems. According to the health ministries of some federal states, some employees of clinics and rescue services had rejected the immunization.

The  SPD health expert Karl Lauterbach advocated making the Astra-Zeneca vaccine available to all people under 65 – regardless of the priority group.

The  vaccine remains, he justified the advance in the Picture on sunday. Jens Spahn contradicted this. Nothing is left lying around, he said. If someone does not want the vaccination, it is offered to the next one. After immunization with the Astra-Zeneca vaccine, according to Spahn, re-vaccination with another active ingredient is “possible without any problems” – in the event that the vaccine is still available when all those willing to be vaccinated have been vaccinated.

A re-vaccination with another vaccine is considered harmless to health. In any case, it cannot be ruled out that regular vaccinations against Covid-19 will have to be carried out in the future – similar to the one against the flu. According to previous data, the effectiveness of Astra Zeneca’s vaccine against Covid 19 diseases is 62 percent, making it less effective than the two previously approved competing products. However, the Astra-Zeneca vaccine protects just as reliably against severe courses.

Meanwhile, optimistic news comes from Israel, where a third of the population has already been vaccinated. According to a not yet peer-reviewed and published analysis of the data from around 1.7 million people vaccinated, the vaccine from Biontech and its partner Pfizer also proved to be very reliable under real-world conditions. Fully immunized, it protected 93 percent from Covid diseases, severe courses and deaths.

Curfews in several federal states – what is allowed and what... 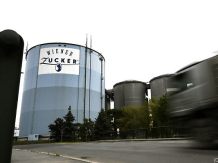 Daimler will sell fewer cars in the 2020 corona year