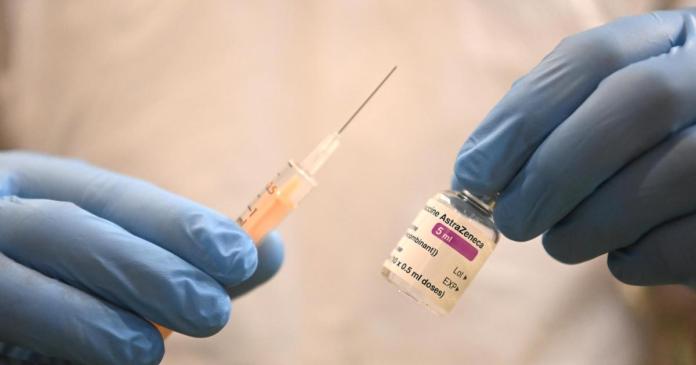 According to a preliminary data analysis, even the first of the two vaccinations with the preparation from Astrazeneca can reduce the risk of hospital stays for Covid-19 by up to 94 percent. That comes from an analysis published on Monday by several Scottish universities and the public health authority Public Health Scotland.

The  values ​​are for the fourth week after receiving the first dose. It was compared how many percent fewer hospital admissions there were for those who were vaccinated for the first time than for people who had not yet been vaccinated. For the study, which has not yet been published in a specialist magazine, the scientists used data from 5.4 million people, almost the entire Scottish population.

The  aim of the study was not to examine the differences between Astra Zeneca and Biontech.

The se results have shown a substantial effect in reducing the risk of hospitalization from a single dose of vaccine across the Scottish population,” said Jim McMenamin, director of coronavirus at Public Health Scotland, the statement said.

End of the line semifinals for Matthias Nebel in “The Voice...

Basel angry, Sion panicked – The mood in the Super League...

Dispute over French security law: get (not) a picture

ATX with a very strong start in December, Andritz with 5...