After a few interviews and newspaper reports, the fire brigade members are now venturing their anger on social media: What happens if the fire brigade does not come? This question is currently being asked by an animated photo on Facebook: In a traffic accident you can see many emergency services – paramedics and fire brigade members. But after a few seconds, the Florianis disappear from the picture, leaving three paramedics around a crashed car and a lot of emptiness.  The  fire brigade members from Burgenland want to draw attention to their work in society and answer the question of whether they are systemically relevant and should therefore be vaccinated against the corona virus earlier.

By definition, critical infrastructure is important for the maintenance of important social functions, health, safety and the economic or social well-being of the population.

The ir disruption or destruction would have considerable effects, as their functions could not be maintained.

In the first version of the federal vaccination plan, the volunteer helpers were also part of the “critical infrastructure”, so they should have been vaccinated earlier. In the new version from the beginning of February, however, the fire department no longer appears.

“In their free time, the fire brigade members often find themselves in dangerous situations to help other people in emergencies. That of course also without financial wages.

The  salary of the fire brigade members is the gratitude of the fellow human beings, which they hear and feel again and again. What is the thanks of federal politics? Where is it all at once, the systemic importance? Without any explanation, the members of the volunteer fire brigade simply and secretly delete from the vaccination strategy ”, so an excerpt from the Facebook postings.

More than 17,000 volunteer fire brigade members move out in Burgenland for an average of 18 missions a day, 6,500 a year – and all of this on a voluntary basis: from traffic accidents to fires to animal rescue. “I find it disappointing how we are dealt with by federal politics.

The re is always a risk during operations and we try to minimize that with protective measures. Vaccination can also minimize the risk of infection and failure – in the worst case, an entire fire brigade. But we cannot do that, because we are not given a priority vaccination, as happens with the police, the armed forces and the judiciary, ”says the press spokesman for the Eisenstadt-Umgebung district fire department, Günter Prünner.

The  minister responsible for voluntary work, Elisabeth Köstinger (ÖVP), tried to calm down after the initial criticism inflamed:

The  fire brigades are “essential components of our emergency services and emergency organizations and indispensable pillars of our society”. It is “a matter of course that members of the fire brigade who are on duty on test or vaccination roads are vaccinated ahead of time as part of the prioritization – just like the health staff -” said Köstinger. “However, older people and people now have absolute priority with previous illnesses that are particularly in need of protection because in many cases, infections can lead to death, ”the minister continued.

The  Ministry of Health said that because of the shortage of vaccines, the high number of people to be vaccinated cannot be justified compared to those who are at medical risk for a severe course.

This explanation is not enough for Prünner: “This statement is not enough for me. That the fire brigade members who help in the test and vaccination streets are vaccinated is probably the least. That is not the problem. I see the problem in the fact that fire brigade members cannot choose where they will be deployed and with whom they come into contact during ‘normal’ operations. You put yourself in additional danger, voluntarily and voluntarily – around the clock, 365 days a year. That should be worth vaccinating for politicians. “

Incomprehension among SPÖ and FPÖ

The  regional council will draw attention to the demands of the fire brigades at the upcoming online meetings with the health ministry, it said on Monday.

FPÖ club chairman and ex-fire brigade officer Johann Tschürtz (FPÖ) wrote in a broadcast: “I do not understand how the group of ‘critical infrastructure’ can be deleted from the vaccination plan despite the recommendation of experts. I therefore urge the responsible state council to work out a vaccination plan as soon as possible, in which the entire critical infrastructure is taken into account. ” C&A relies on Zalando: What the cooperation brings for customers

The status of foreign agents is to be expanded

Corona crisis: That’s why the euro is rising against the US... 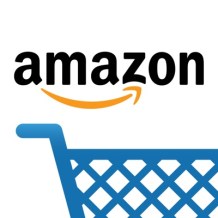