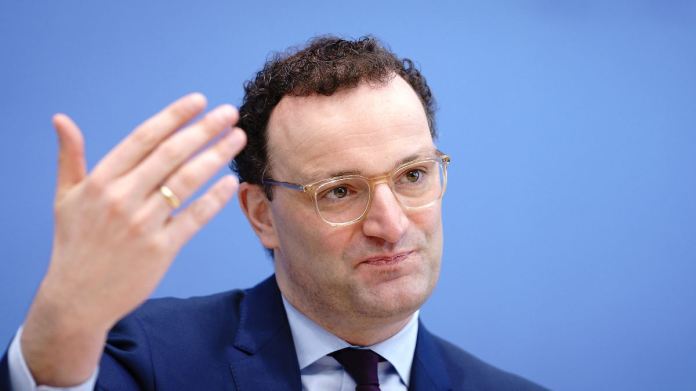 First Astrazeneca, then Biontech?
Re-vaccination should be possible without any problems, says Spahn

If you get an Astrazeneca vaccination now, you may want to get another vaccination in a few months, then with Biontech or Moderna. That is not a problem, says Health Minister Spahn.
After vaccination with the Astrazeneca preparation, according to Federal Health Minister Jens Spahn, a re-vaccination with another active ingredient is conceivable at a later date.  The  CDU politician said in a live discussion organized by the Ministry of Health that this was “possible without any problems” if all those willing to be vaccinated were vaccinated at the end of the year and the vaccine was still available.

The  question was asked by a 58-year-old from Nuremberg who is a high-risk patient with various previous illnesses and who also cares for his father. Because of his age, he should be vaccinated with Astrazeneca. “Can you get vaccinated again later?”, Spahn summarized the question and answered: “Yes.” A third vaccination may be required in general, “we don’t even know that”.

The  President of the Paul Ehrlich Institute, Klaus Cichutek, pointed out that the question of post-vaccinations had not yet been clarified, “we will deal with that later”. Both Spahn and Cichutek also said that the Johnson & Johnson vaccine will most likely get approval in the next two to four weeks.

However, Cichutek emphasized that Astrazeneca was “a great vaccine”.

The  lower effect of 70 percent compared to the preparations from Biontech / Pfizer and Moderna means that in 100 people 70 are protected – but that in the infected 30 severe courses can be avoided. So it is not the case that the 30 percent are unprotected. “It’s a very potent vaccine, just like the other two. It prevents hospitalizations, and that’s very good news for all of us.”

This was also emphasized by the head of the Robert Koch Institute, Lothar Wieler. “To speak of a two-class vaccine is wrong because all of these vaccines offer a high level of protection.” This is “a scandalous term that I cannot understand”.

The  goal of basic population immunity can be achieved in two ways – through vaccination or through disease.

The  much more pleasant way is vaccination.

At the same time, Wieler pointed out that the practiced measures such as distance, face mask and hygiene are still important. “Vaccination is a tool, but we must not neglect the other tools.”

Owner falls ill with Covid-19 – and shares it on Instagram

Europa League: Rapid at Dundalk under pressure to win

The game release of the year: Cyberpunk 2077

The economic recovery is over | GodmodeTrader