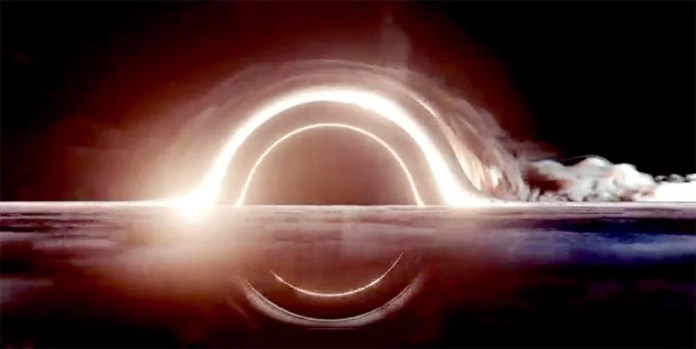 Stellar death throes: Astronomers have for the first time detected a neutrino that was formed when a star died on a black hole.  The  extremely energetic particle was released when the star was torn apart by the enormous tidal forces of the supermassive black hole. It is the first evidence of a neutrino from such a “tidal disruption event” and only the second known source for high-energy cosmic neutrinos.

Neutrinos are “ghostly” in several ways: Although billions of these particles race through our bodies every second, we don’t feel it because they hardly interact with matter. In addition, they can convert from one of the three neutrino types to another in flight. And while many neutrinos arise in the sun, in supernovae or through radioactive decay processes, the origin of the most energetic cosmic neutrinos is so far hardly known.

It was only in 2018 that researchers succeeded in tracing a cosmic neutrino back to its origin for the first time.

The  particle captured by the IceCube neutrino detector at the South Pole, with an energy of around 290 teraelectron volts, came from a blazar – the active black hole in the center of a distant galaxy.

Search for the source

Now researchers led by Robert Stein from the German Electron Synchrotron (DESY) have traced a second cosmic neutrino back to its source – the dramatic death of a star.

The  manhunt began on October 1, 2019, when the IceCube Neutrino Observatory captured a rare neutrino with the high energy of 200 tera electron volts. It was given the designation IC191001A.

To determine the origin of such a particle, the IceCube researchers compare their data with those of a special sky survey – the Zwicky Transient Facility at the Palomar Observatory in California. This constantly searches the sky for short-term events such as asteroids, supernovae or bursts of rays in distant galaxies. In the case of a cosmic neutrino, special software searches for events that match the trajectory, the energy and the time of arrival of the neutrino.

A star is torn apart

The  system actually found what it was looking for: In April 2019, there was an outbreak of rays that could be the origin of the cosmic neutrino.

The  radiation was released when a star in the heart of a galaxy 700 million light years away was forcibly torn apart.

The  star had come too close to the supermassive black hole in the center of the galaxy and was pulled so far apart by its enormous gravity that it tore apart.

“Gravity gets stronger and stronger the closer you get to an object,” explains Stein. “This also means that the black hole pulled more strongly on the front of the star a little closer than on its back a little further away.

The  difference that stretched the star is called the tidal force. ”Astronomers therefore refer to the rupture of a celestial body by this force as a tidal disruption event.

First neutrino from a tidal disaster

According to the astronomers, there are many indications that the neutrino IC191001A was released during this tidal disruption event. “It’s the first neutrino from a tidal disaster,” says Stein. According to the evaluations, the probability of a mere coincidence of tidal events and neutrino release is one in 500. “This could only be the second time that a high-energy cosmic neutrino has been traced back to its origin,” says co-author Sjoert van Velzen from der New York University.

This is also exciting because little is known about the processes involved in star death by tidal forces in a black hole. One of the reasons for this is that most of the particles released during these events are charged and are therefore deflected by intergalactic magnetic fields. Neutrinos, on the other hand, are uncharged and race through space largely without interference.

To find out more about how the neutrino detected by IceCube came about, the astronomers examined the tidal disruption event in the distant galaxy in almost every wave range of the spectrum – from radio waves to X-rays. From the results, they conclude that around half of the disrupted star was ejected directly into space.

The  remainder gathered in a swirling accretion disk around the 30 million solar mass black hole.

In order for neutrinos to be released from this ensemble, either protons have to collide at high speed or high-energy radiation has to hit fast protons. As Stein and his team discovered, the AT2019dsg event fulfills these criteria – because it contains a cosmic particle accelerator. “

The  neutrino find indicates the existence of a central, powerful machine near the accretion disk that spits out fast particles,” says Stein.

In a supplementary model, a second team led by Walter Winter from DESY and Cecilia Lunardini from Arizona State University examined the processes at the event AT2019dsg in more detail. Accordingly, when the star ripped apart, currents of accelerated particles emerged, which shot up and down out of the system.

The se relativistic jets then hit X-rays that were scattered back from a plasma cloud of star material.

“Just the tip of an iceberg”

According to the astronomers, at least some of the cosmic neutrinos could come from such tidal disruption events. However, they hope to be able to track down further sources of these fast “ghost particles” in the future. “We may only see the tip of the iceberg here, in the future we expect many more such connections between high-energy neutrinos and their sources,” comments IceCube director Francis Halzen from the University of Wisconsin-Madison.

“A new generation of telescopes is currently being built that will offer greater sensitivity to tidal disasters and other suspected neutrino sources,” explains the astronomer. “Even more important is the planned expansion of the IceCube neutrino detector, which should increase the number of observed cosmic neutrinos at least tenfold.” (Nature Astronomy, 2021; doi: 10.1038 / s41550-020-01295-8; doi: 10.1038 / s41550-021 -01305-3) 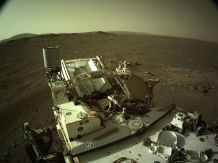 Austria and Sweden want to cooperate more closely against Islamism

Heidi Klum is back in Berlin: where she’s going immediately –... Application changed: Police are not allowed to check the apartment

Hartberg continues its successful run and catapults itself into the top...

Konstanz: More Covid-19 cases with a difficult course: The situation in... 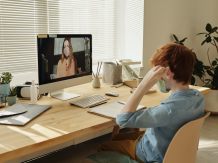